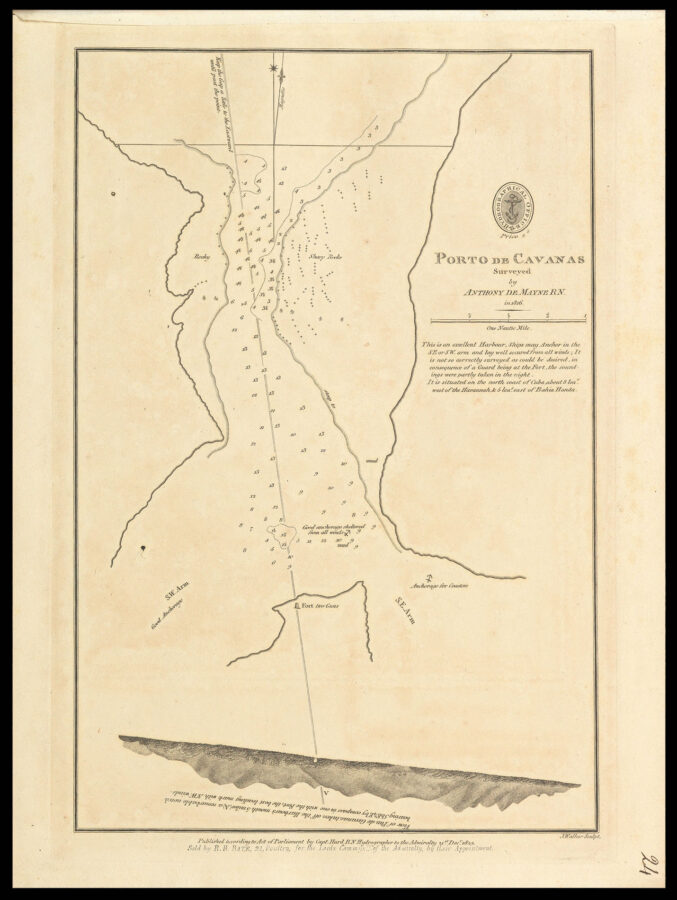 The survey was carried out by Admiralty surveyor Anthony de Mayne (fl.1815–28), aboard HMS Landrail. He would later become Master of H.M.S. Kangaroo, a survey brig purchased in 1818 in the West Indies. Re-rigged as a ship in 1823 and wrecked off Cuba in 1828. De Mayne was court-martialed for the loss the ship, but was later restored to his post. He was evidently well respected as Captain William Steetz in ​‘Instruction Nautique sur Les Passages a L’Ile de Cuba et au Golfe du Mexique…’, 1825, singles him out for particular praise.