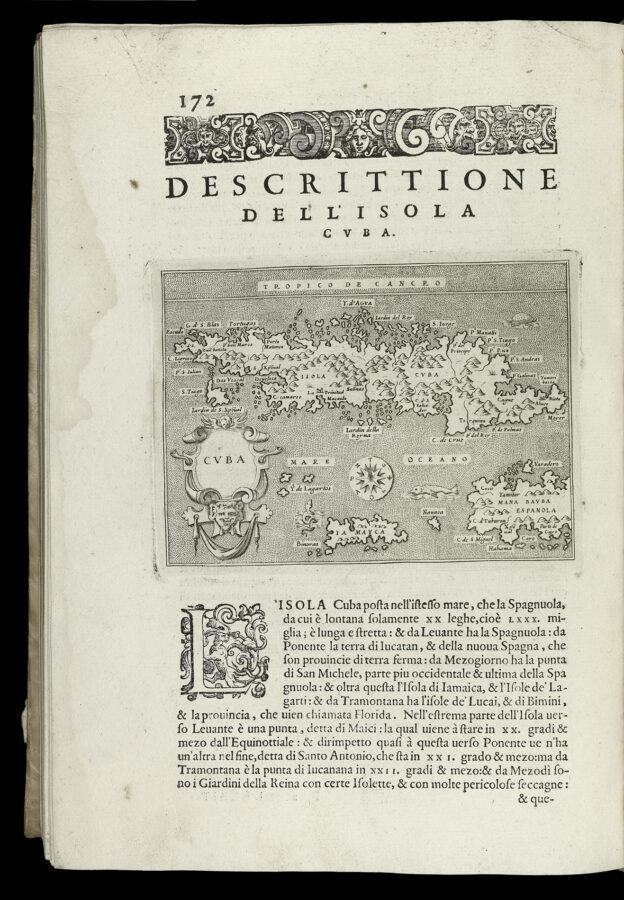 A detailed map of Cuba. The islands shown to the north of Jamaica (Ye. de Lagartos) is one of the earliest references to the Cayman Islands to appear on a map.