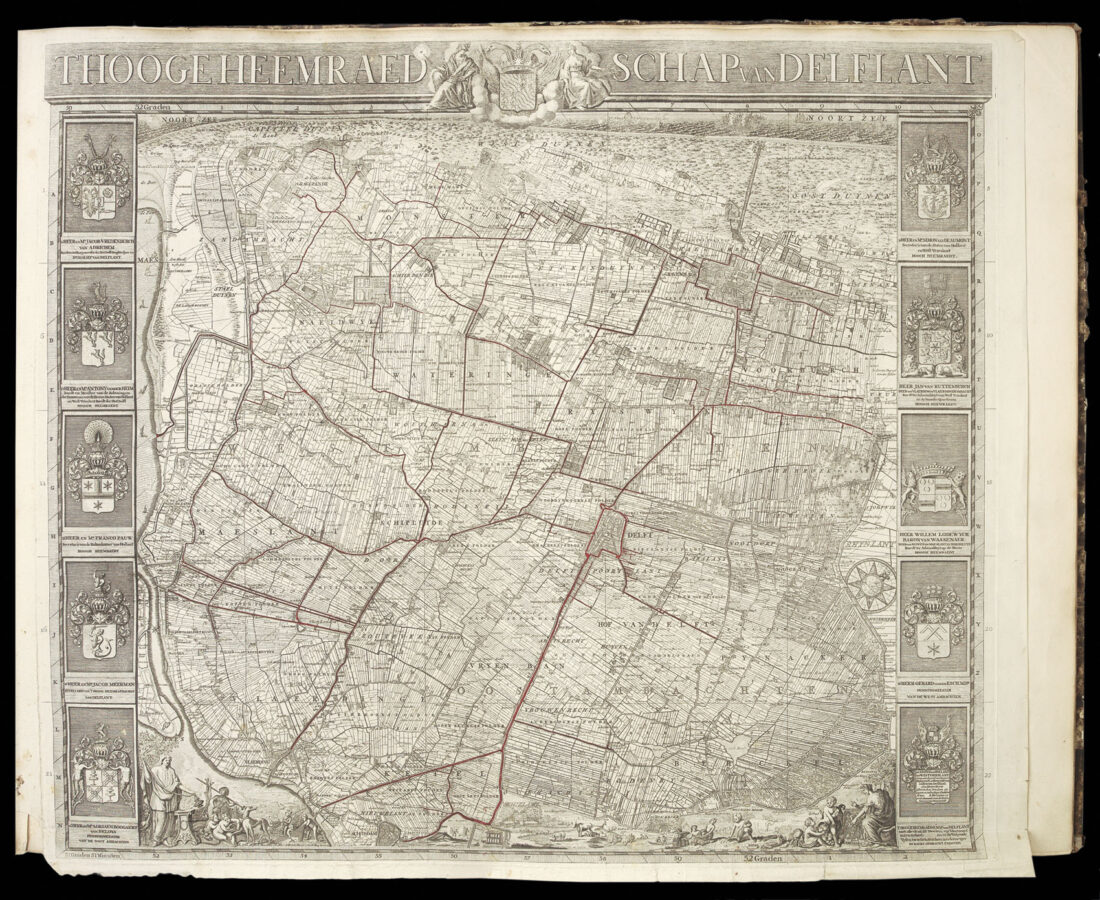 Beautifully engraved map, a reduced from of the wall map, of ​‘t Hooge Heemraedschap van Delfland prepared by Nicolaas and Jacob Kruikius. Decorated with the Delfland coat of arms supported by 2 allegorical figures in its centre: 10 large coats of arms of the water district officials down the left and right sides, an elaborate compass rose (north above right): and pastoral scenes.
It shows every city, town and village.
The compass rose is remarkable, with a globe at its centre showing Africa, Europe and parts of Asia and South America: with gods representing the sun, moon and planets in the other seven: and a celestial map with figures representing signs of the zodiac between the points.
The Delfland dike and water authorities commissioned the surveyors Nicolaas (1678–1754) and Jacob Kruikius (1684–1706) to produce the present map in 1701, and they devoted more than a decade to the task. By the mid-century only one of the original dike and water authorities remained in office. The main map was not revised, but the overview map was replaced with a newly drawn and engraved one, ordered in 1750. °
Postma, Kruikius\’ Kaart van Delfland 1712 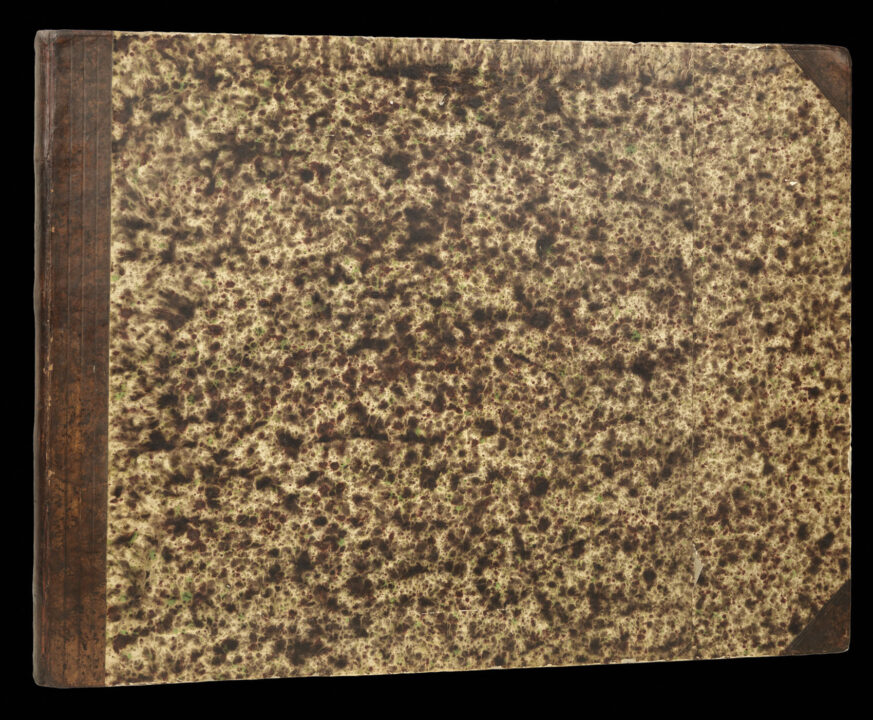