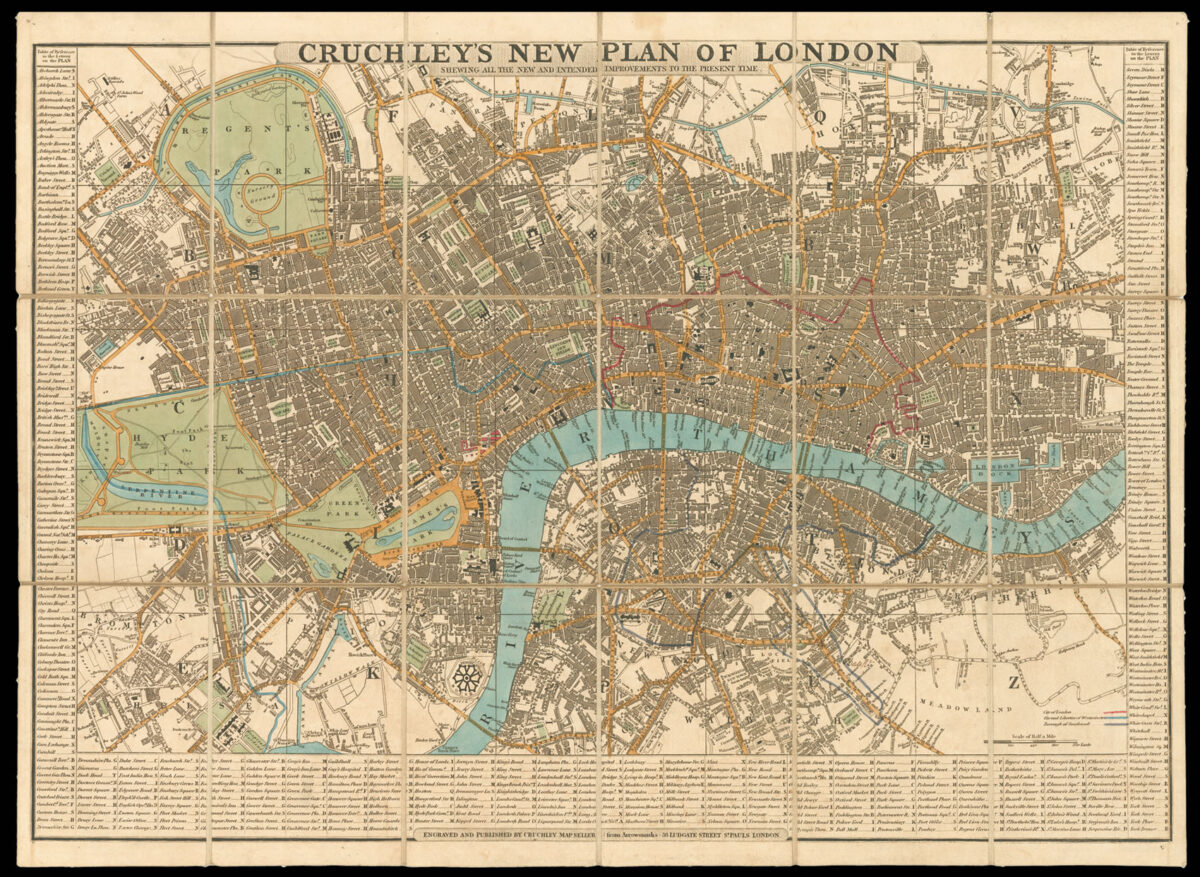 This is the third issue of his London map, which was updated to 1856. The 1831 edition shows both old and new London Bridge.