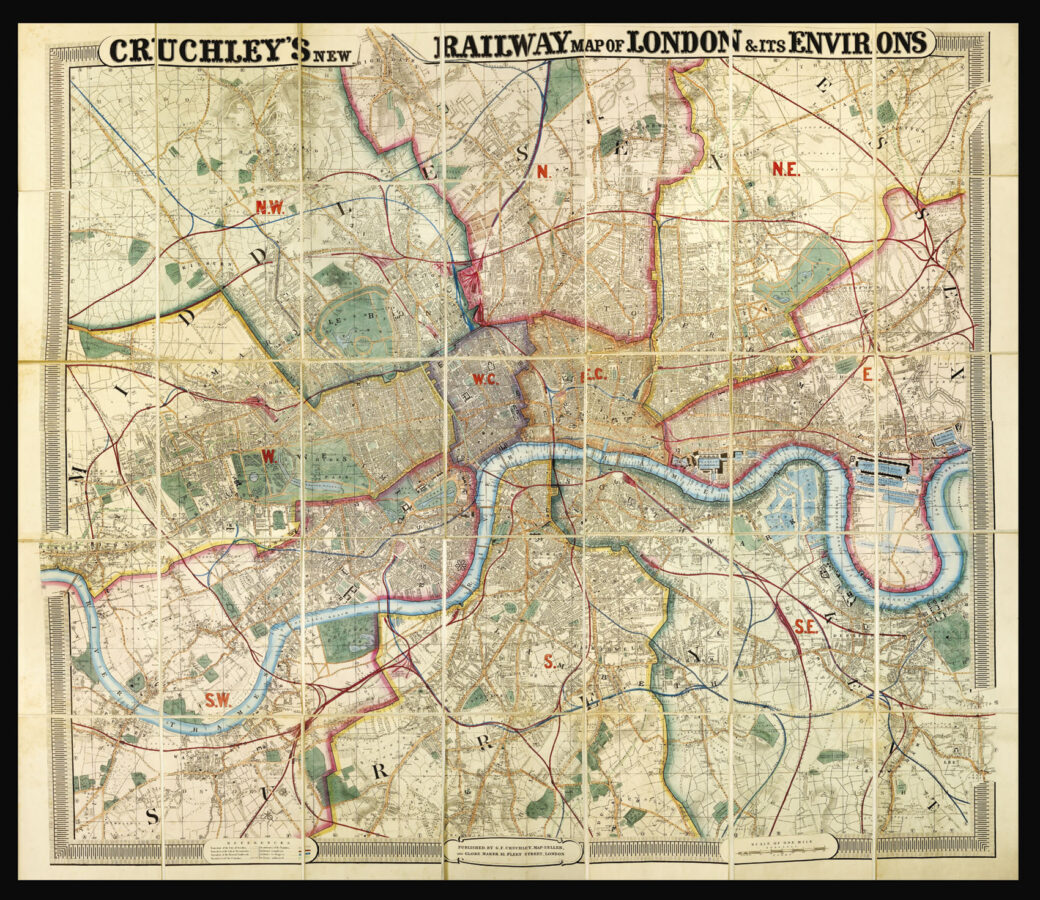 George Frederick Cruchley (1796–1880) was a publisher of ​“some of the clearest and most attractive London maps” (Howgego).

This edition is unrecorded in Hyde and Howgego, no copies recorded on COPAC.