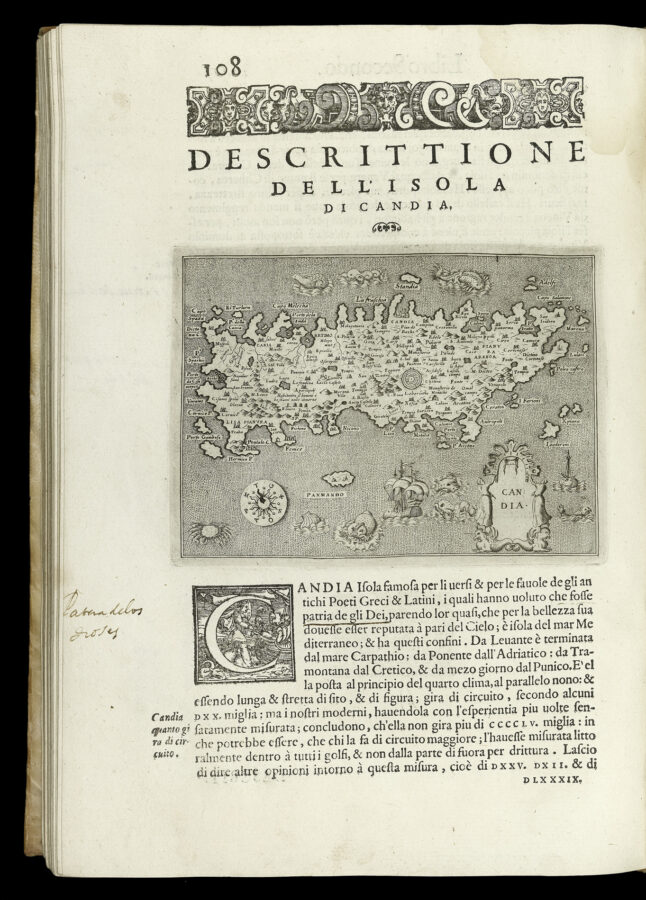 A detailed map of the island of Crete, complete with the labyrinth from the Greek legend of the Minotaur. King Minos of Crete kept a monstrous creature, half man and half bull, in the centre of the labyrinth and demanded tributes of young men and women from Athens to feed it. The Minotaur was slain by Theseus