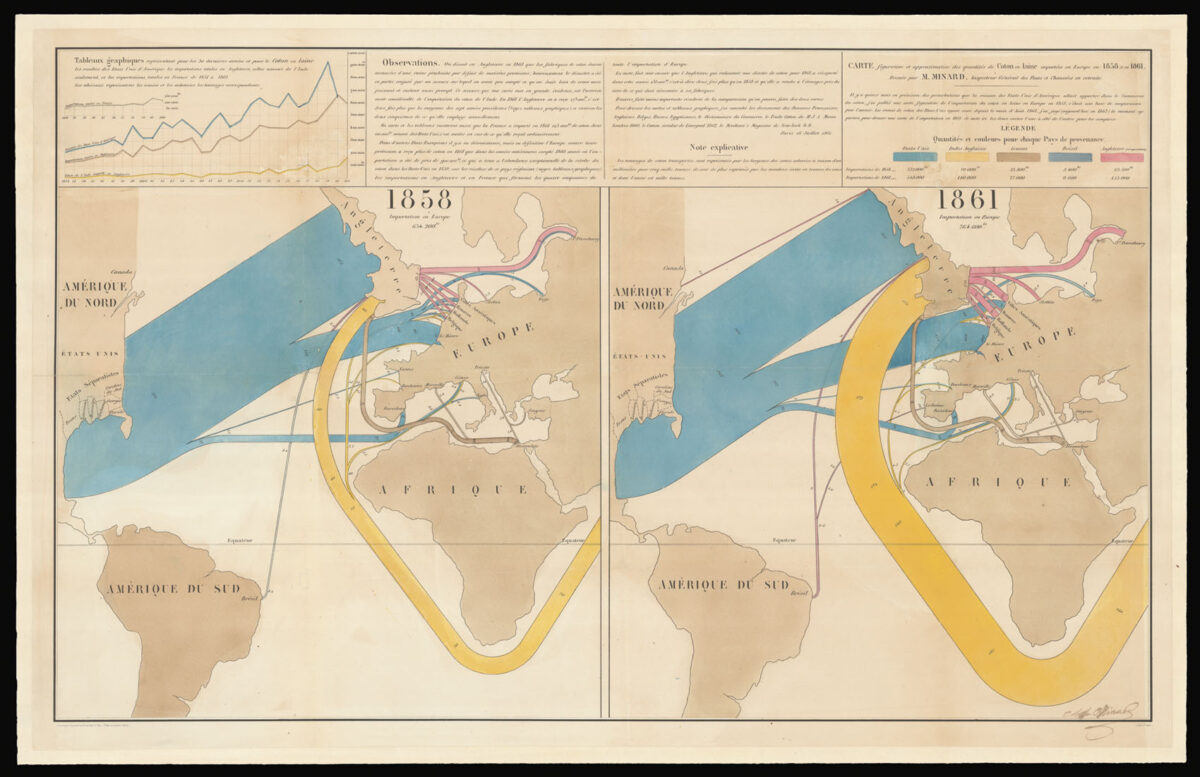 The map shows two flow-maps of the Atlantic trade in wool and cotton, three years apart. The time period covers the beginning of the American Civil War, which was sparked by the slavery policies of the Lincoln presidency. By January 1861, seven of the southern states had seceded to form the Confederacy. The war between the Confederacy and the states who remained in the Union lasted until 1865, and had a devastating effect on American exports. The seven separatist states are marked on both maps. The Confederacy attempted to use ​‘Cotton Diplomacy’, cutting off the cotton supply to force European powers to intervene to save their domestic industries. In early 1861, the Union had not yet implemented its wartime blockade of the South, and cotton and wool could still be exported, but Britain and other major customers were worried about the stability of the American supply, investing heavily in production in South Asia.

A line graph in the upper right corner shows the yearly export amounts of wool and cotton for America (blue). There is a sharp drop in exports from 1860, when the issues provoking the Civil War came to prominence. Comparing the two maps gives an even clearer picture of the change; by 1861 the amount of cotton and wool imported into Britain from India (yellow) had almost tripled, whereas the amount imported from America (blue) had only risen by a paltry 16,000 tons. Britain was then re-exporting to other European countries (pink), at a rate three times higher than before the start of the Civil War.