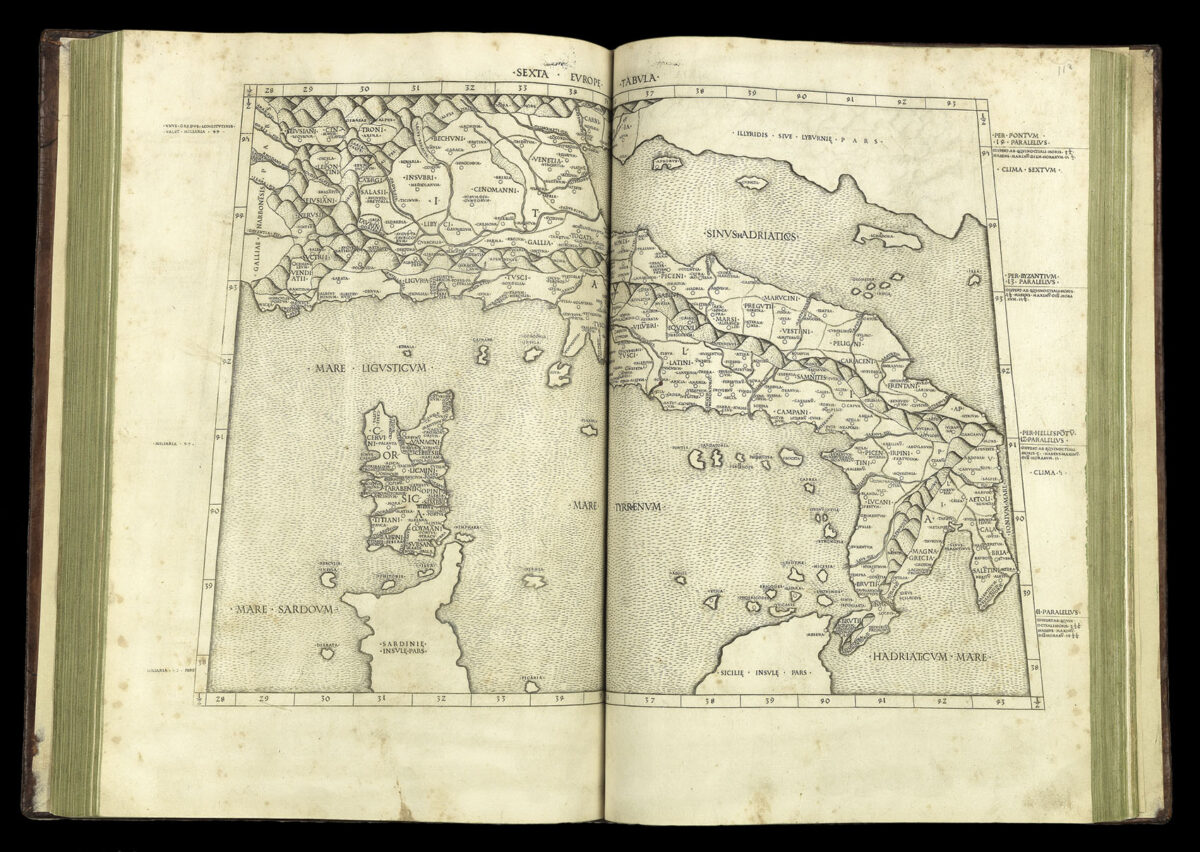 Corsica and the Italian peninsula

This map depicts a slightly enlarged Corsica and the Italian peninsula, shown at a distorted angle with the ​‘foot’ drooping. Sicily and Sardinia appear as outlines.