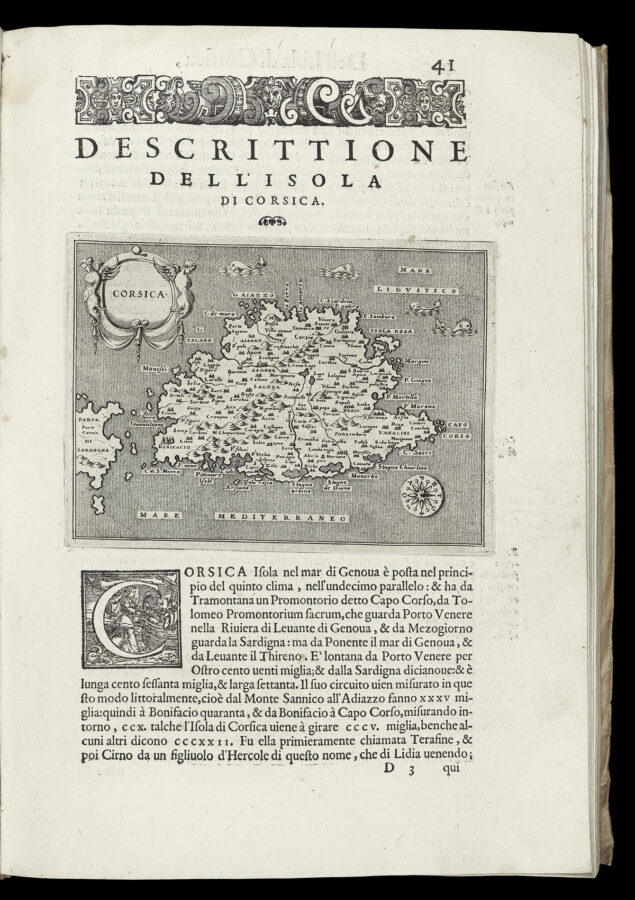 A detailed map of Corsica, decorated with sea monsters.