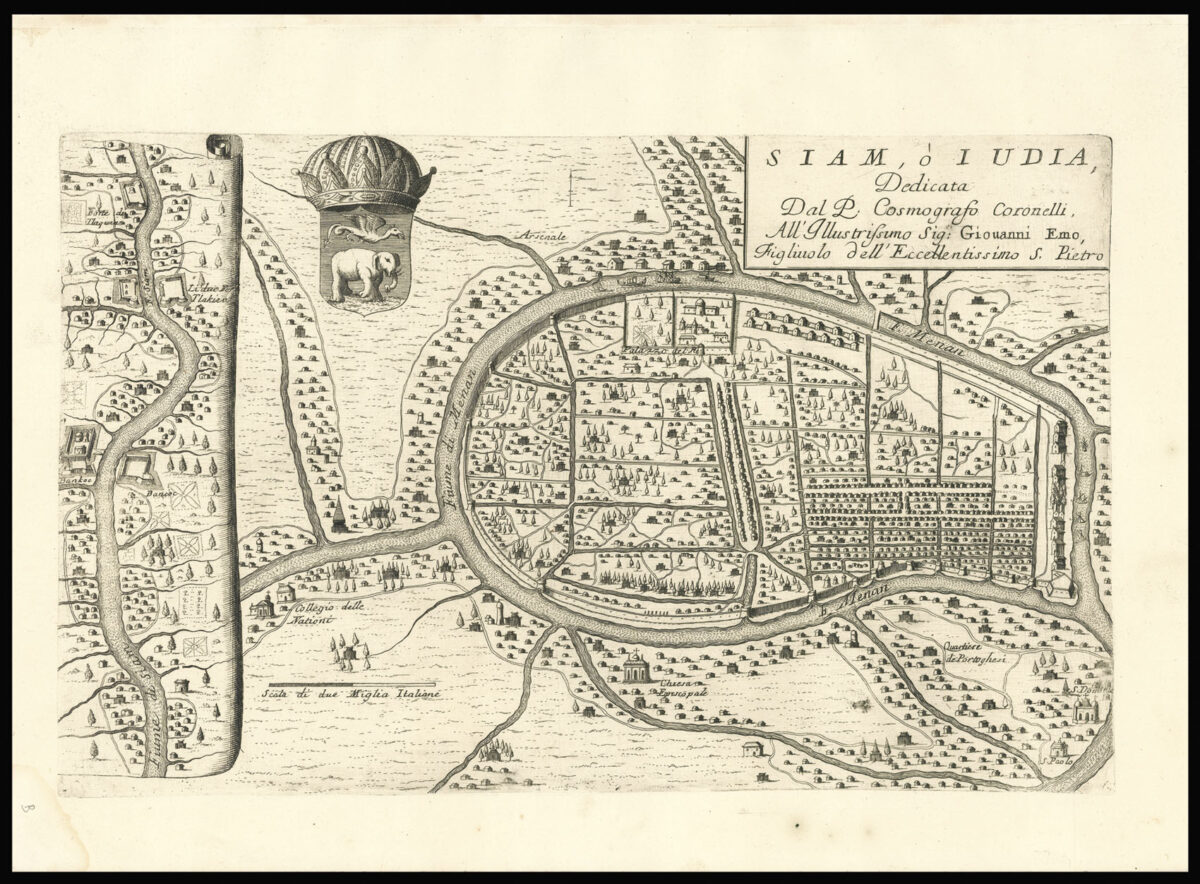 Fine and detailed plan of Ayuthaya in Thailand — sourced from the French embassy to Siam in 1685 — by Vincenzo Maria Coronelli, the great seventeenth century Italian cartographer.