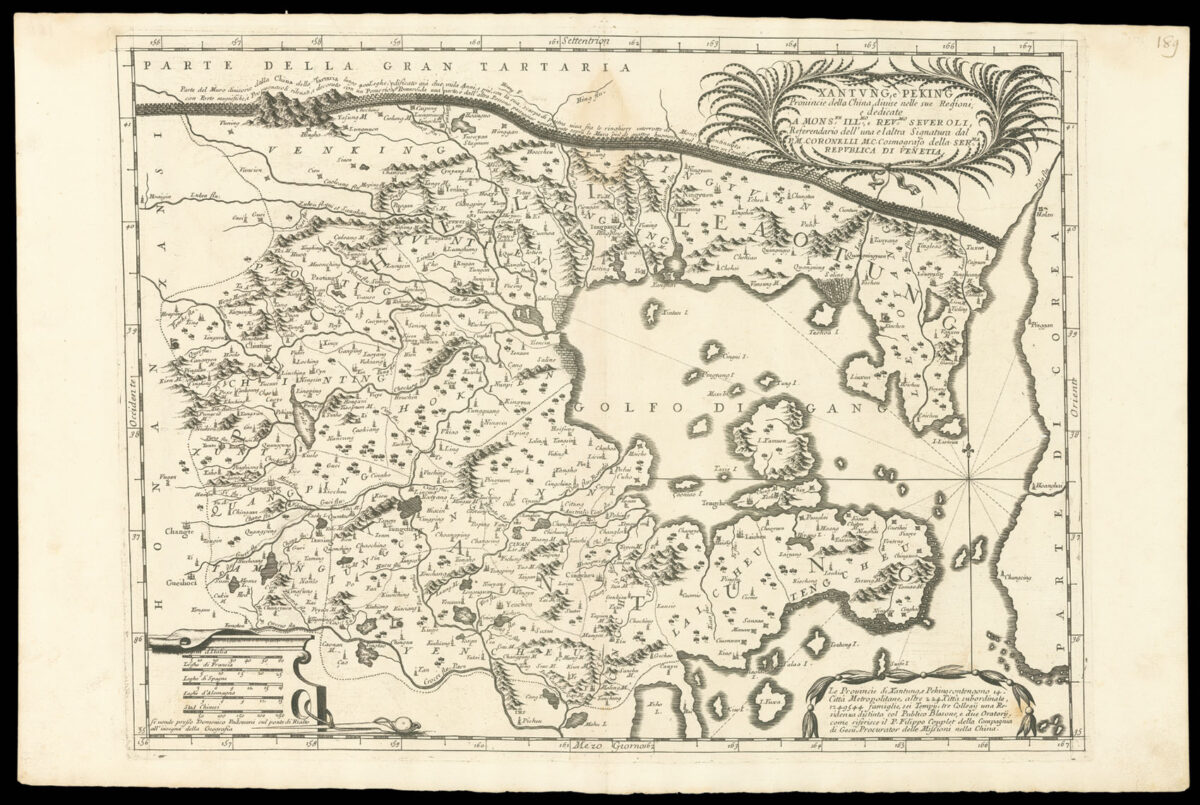 Coronelli’s map of Shantung and Peking

An extremely ornate map by Vincenzo Maria Coronelli, the great seventeenth century Italian cartographer. This particular map is from his ​‘Corso Geografico Universale’, 1695, and fractures the provinces of Shantung and Peking. The Great Wall of China is displayed along with the Bay. The whole is completed by an ornate title cartouche.