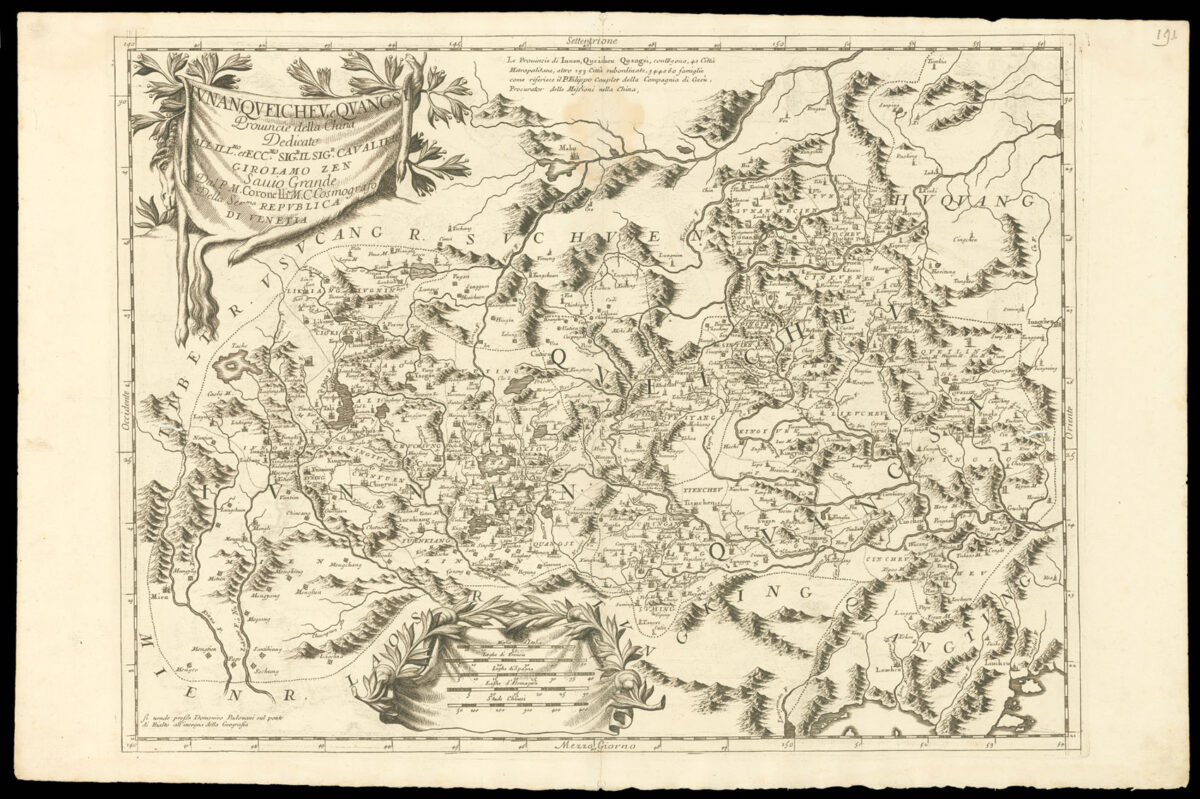 An extremely ornate map by Vincenzo Maria Coronelli, the great seventeenth century Italian cartographer. This particular map is from his ​‘Corso Geografico Universale’, 1695, and depicts the provinces of Hunan, Guizhou, and Jiangxi.