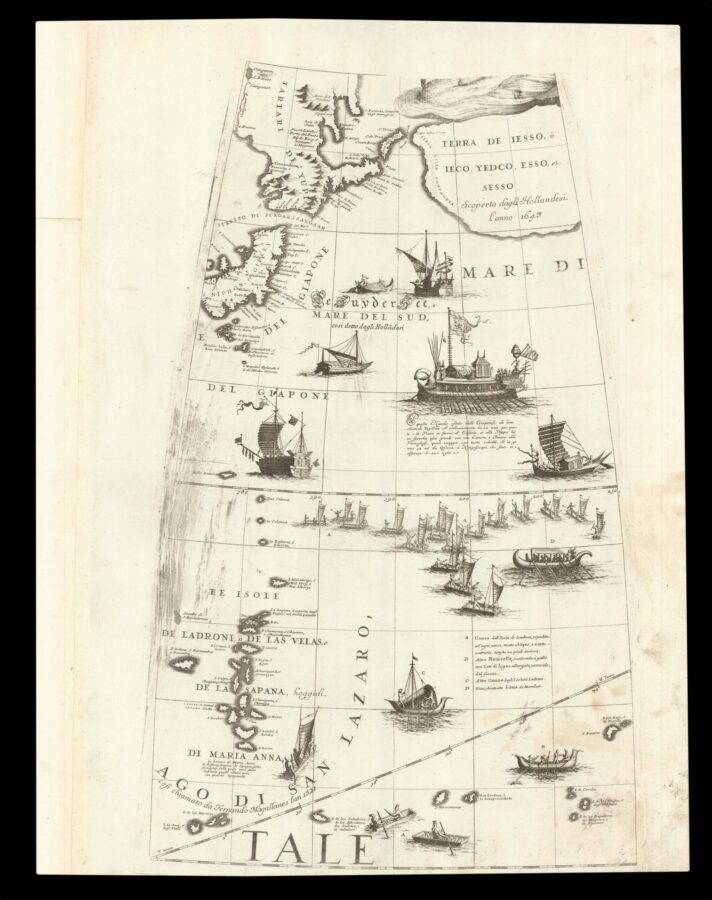 Elegantly decorated gore from Coronelli’s ​‘Libro dei Globi’ of the northern Pacific, extending from Japan to the Ladrone, or Mariana Islands, in Micronesia. Highly decorative, Coronelli’s globe gores were published as part ten of Coronelli’s ​‘Atlante Veneto’, his geographical opus. The globe gores were first published in 1688, and were either made into globes, sold together unassembled, or sold separately. They were also published as the ​‘Libro dei Globi’, and within the general title ​‘Atlante Veneto’.