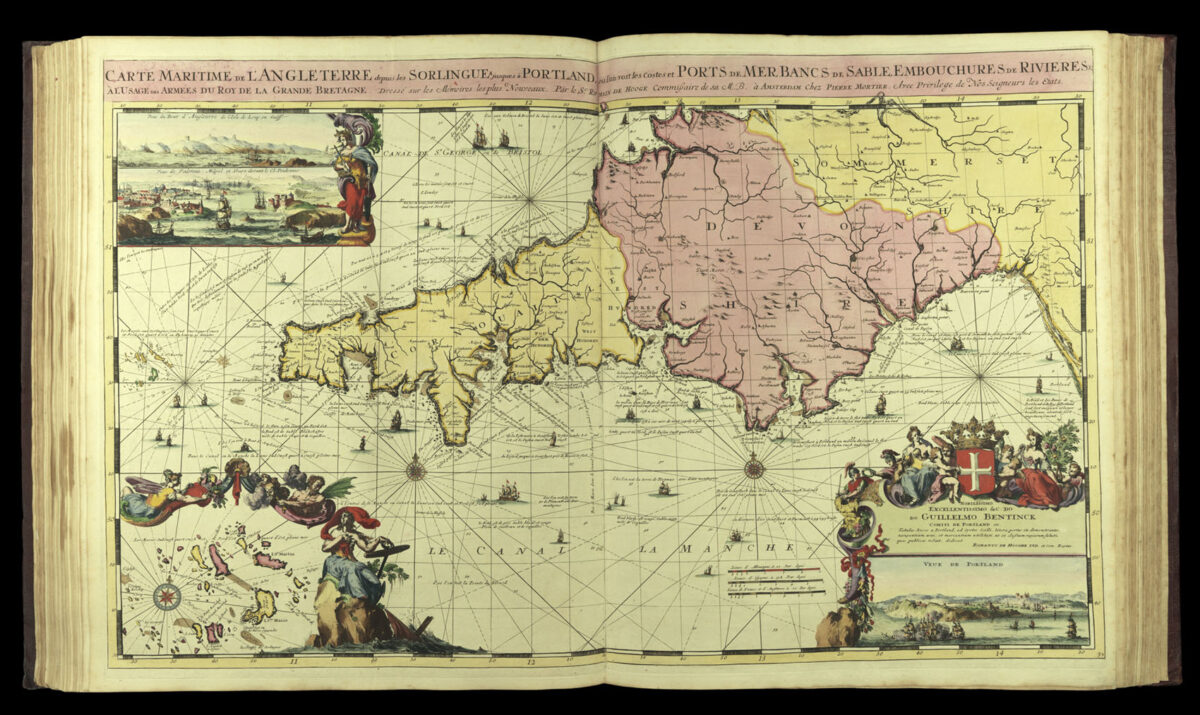 A map of Cornwall, with views of Portland and Falmouth and an inset map of the Scilly Isles.