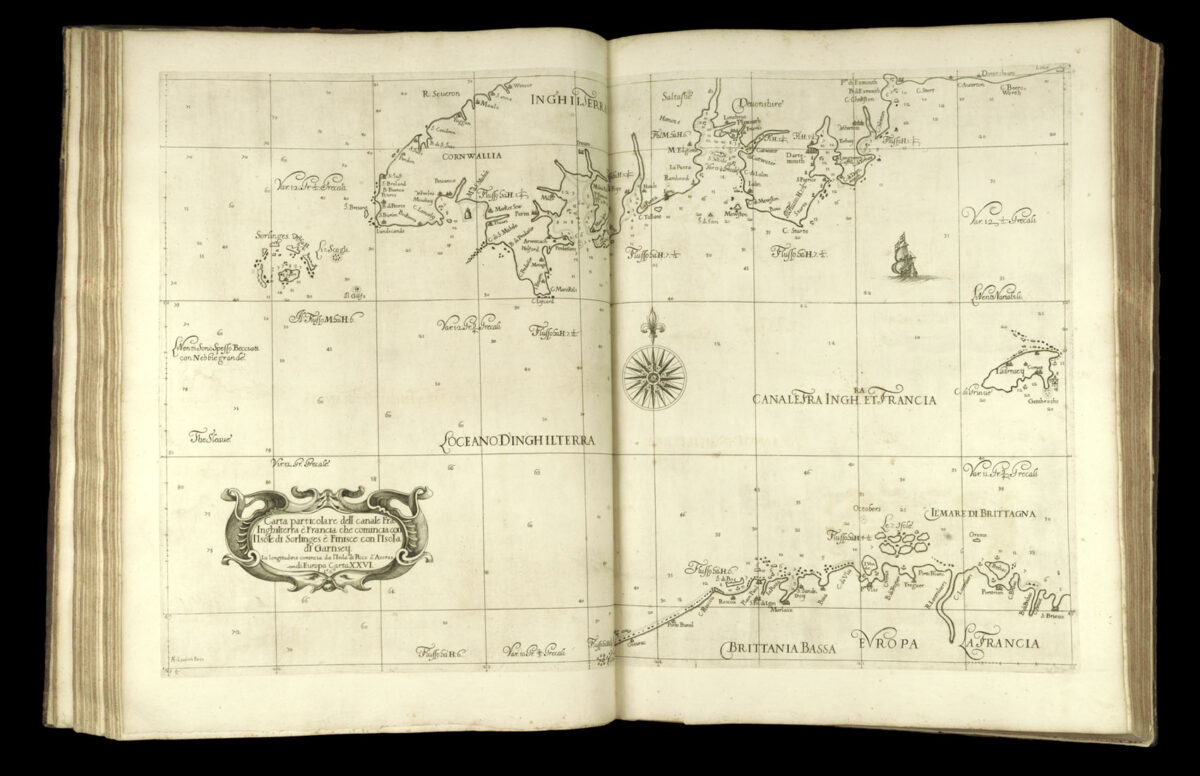 The map shows Cornwall and the southern coast of England, and the northern coast of Brittany. Guernsey appears along the right edge, and the Scilly Isles appear as the Sorlinges.