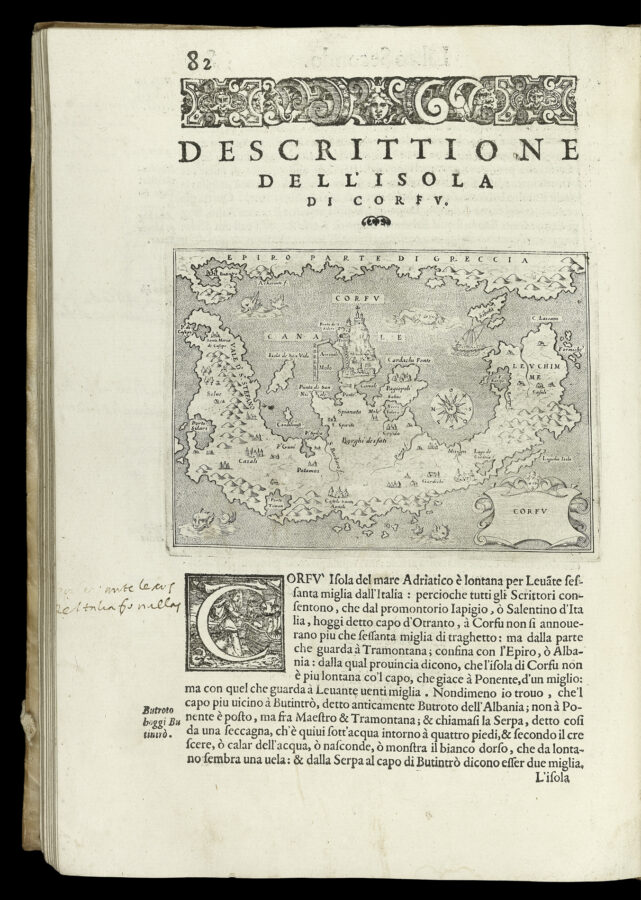 A detailed map of Corfu, complete with a representation of the Angelokastro (Castle of the Angel) in the capital to the north. The castle is emphasised because, in the year before the first edition of Porcacchi’s work, it had played a vital role in defending the island against Ottoman invaders. The castle withstood a siege and prevented the Turks from gaining a foothold on the northwest coast of Corfu.