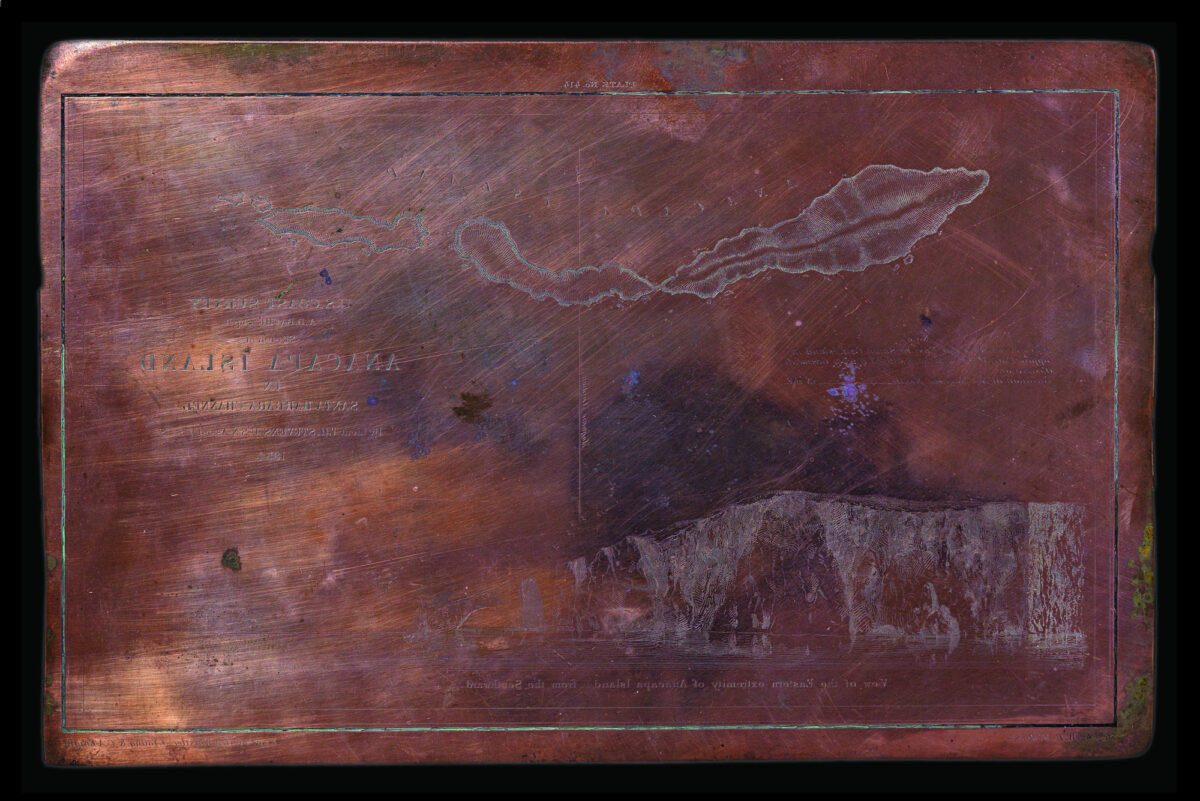 Located 11 miles off the Californian coast, Anacapa Island is composed of a series of narrow islets extending over five miles in length but only up to half a mile in width. The island was first documented by Portuguese explorer Juan Rodriguez Cabrillo, who passed it in 1542, but was first named ​‘Enecapa’ by George Vancouver on his chart of 1790. The following century the United States Coast Survey, now the U.S. Coast and Geodetic Survey, labelled it ​“Anacapa” on a chart published in 1854.

It is possible that the impetus for the production of this chart was a major accident that had occurred on the island just the previous year. On December 2, 1853, a sidewheel steamer, the Winfield Scott, crashed into the rocks off Middle Anacapa at full speed. Although the vessel sank, all of the passengers survived and were rescued after a week.

The map of the island shows all three islets, West and Middle Anacapa connected by a narrow land bridge, while East Anacapa stands close but separate. They are surrounded by much smaller rocks in the waters. No toponyms or landmarks are featured on the land, but relief is shown in hachures. A note just south of West Anacapa reads ​“Anacapa Island is due East of Santa Cruz Island in (approx) Lat. 34.000 and Long. 119. 23W. from Greenwich Observatory. Variation of the Magnetic Needle.… 13. 21E”.

By far the most interesting feature of the chart is the ​“View of the Eastern extremity of Anacapa Island…from the Southward”, which was executed by James Abbott McNeill Whistler, and can therefore be considered the artist’s first printed work. One of the most influential figures in the 19th-century world of art, Whistler trained as an etcher while working in the cartographic section of the U.S. Coast Survey, after he failed at West Point Military Academy.

His unconventional work habits, his refusal to conform to government routine, inability to refrain from adding artistic flourishes to his projects led to his dismissal after only three months with the Survey. The sketch of Anacapa Island is one of the few works completed by Whistler during his brief federal service. It perfectly captures his determination to embellish and enhance: thinking the officially-approved etching of the island cross-section too dull, he added flocks of gulls sailing gracefully over the rocky headland.

The 1854 chart itself being rare and much sought-after, the present item is utterly unique. It is the original copper-plate from which the chart was printed, with Whistler’s imprint in the lower left-hand corner, the right-hand on the printed image. 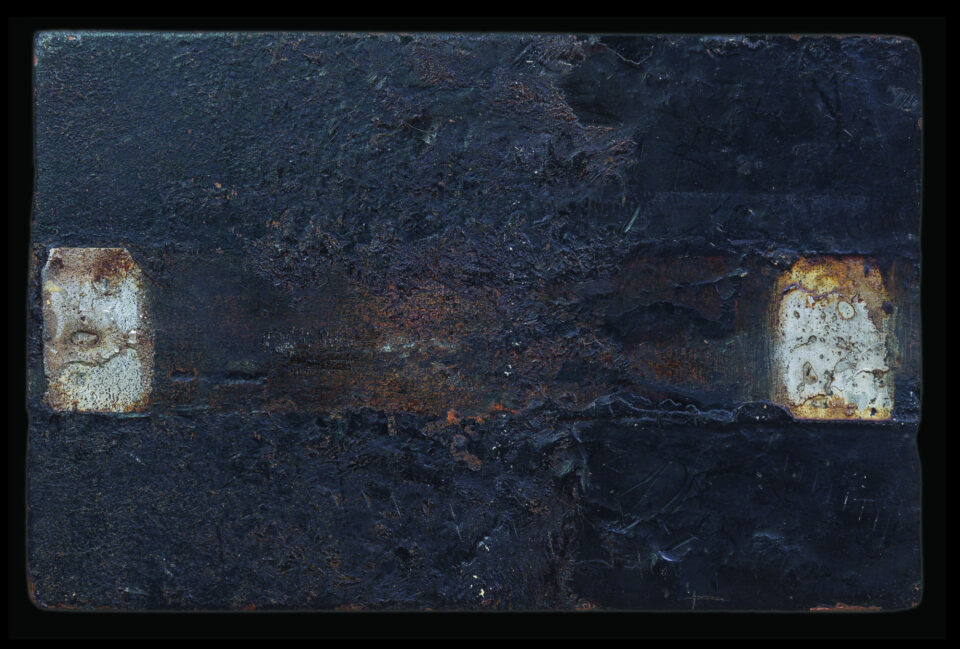