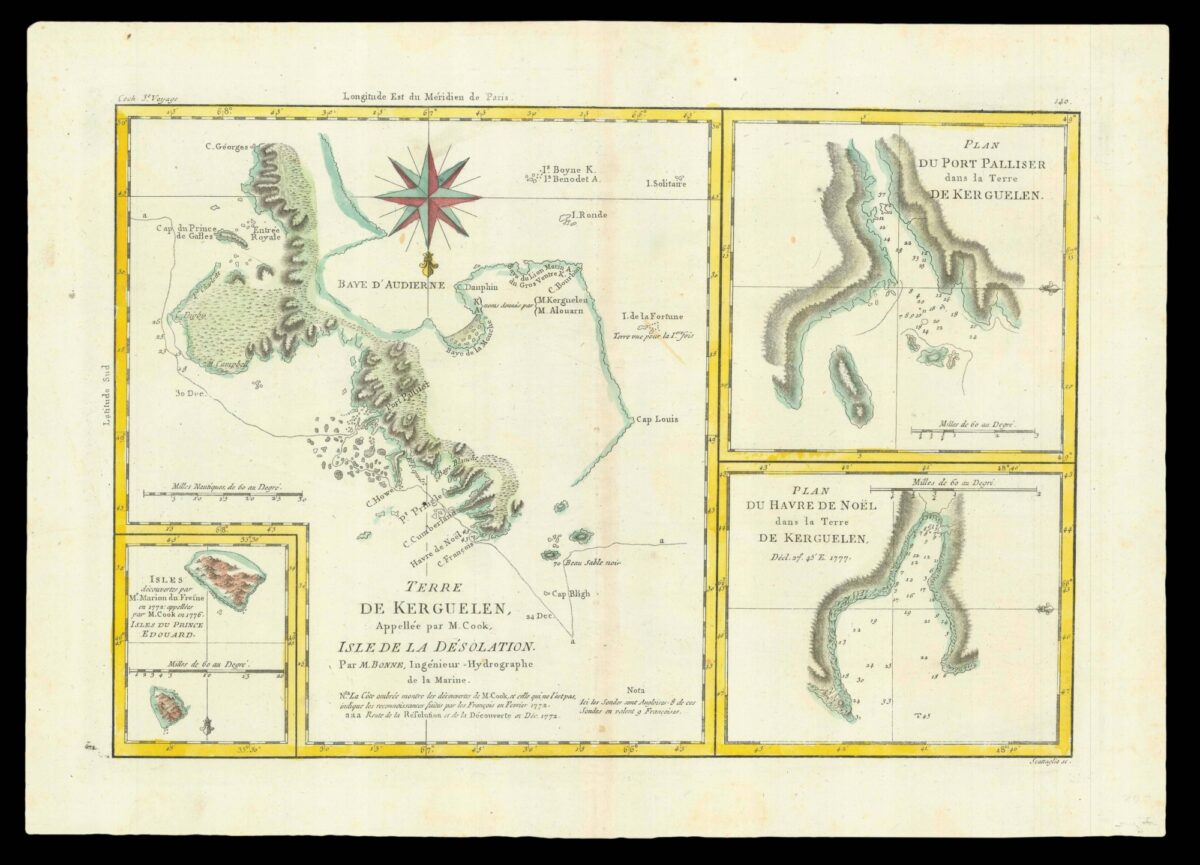 Published in the ​‘Atlas encylopédique’, a French compilation of voyages including a French translation of the journals of his third voyage. The main chart depicts Kerguelen Island, or Desolation Island, in the southern Indian Ocean, which Captain James Cook visited on his third voyage in December 1776, finding shelter from a storm there on Christmas Day. The central map shows Cook’s track around the south of the island, with the incorrect date of 1772.

A French mathematician and mapmaker, known for a clear cartographic style without the decoration favoured by some of his contemporaries, Rigobert Bonne was appointed chief hydrographer at the Dépot de la Marine in 1773. He succeeded Jacques Nicolas Bellin as Royal Cartographer. In 1762, he published what was arguably his most important work, the Atlas Moderne, ou Collection cartes Sur Toutes Les Parties du Globe Terrestre. He collaborated with Nicolas Desmarest (1725–1805) on the publication of the Atlas encylopédique, which included both historical and contemporary maps. His Atlas portatif générale, made use of the work of fellow French cartographer Louis Brion de la Tour. 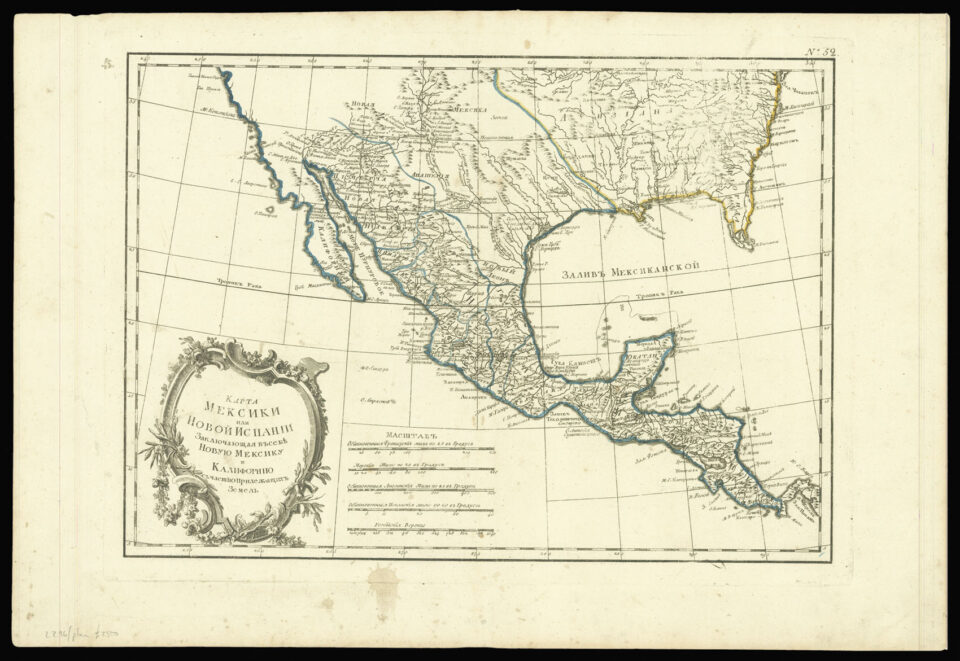