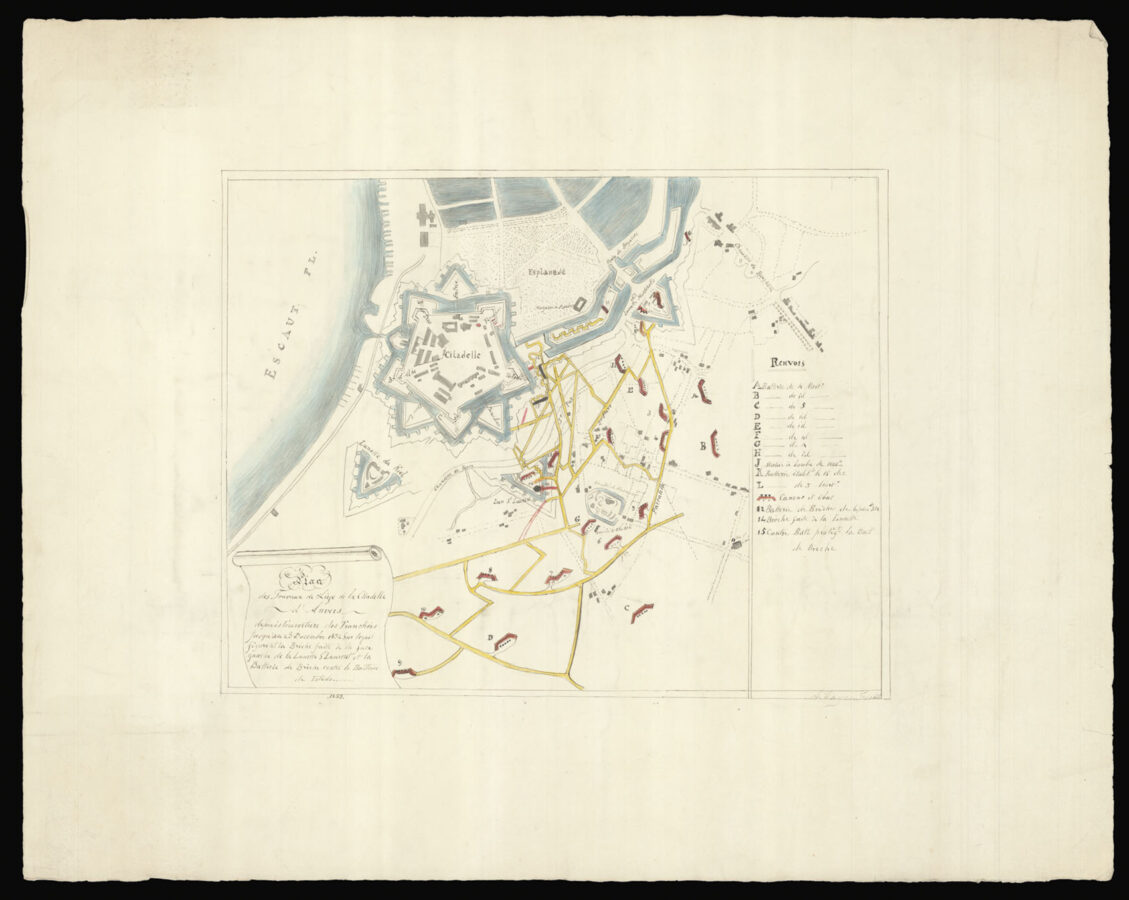 Contemporary manuscript plan of the 1832 Siege of Antwerp

French manuscript plan of the 1832 Siege of Antwerp.

The siege of Antwerp took place just after the end of the Belgium Revolution, which led to the secession of the southern provinces from the United Kingdom of the Netherlands and the establishment of an independent Kingdom of Belgium.

Following the French army’s first intervention in the Belgium Revolution in 1831, the Dutch withdrew from Belgium but left a garrison in Antwerp Citadel, from which they bombarded the town. On 15 November 1832, the French Armée du Nord under Marshal Gérard began to lay siege to the Dutch troops there under David Chassé in the citadel. The Armée du Nord and its siege specialist François, Baron Haxo took 24 days to take this citadel and return it to Belgium.

The plan shows the extensive layout of the siege works, with trenches marked in yellow and batteries marked in red. A key to the right of the plan lists the batteries, with the number of guns in each.