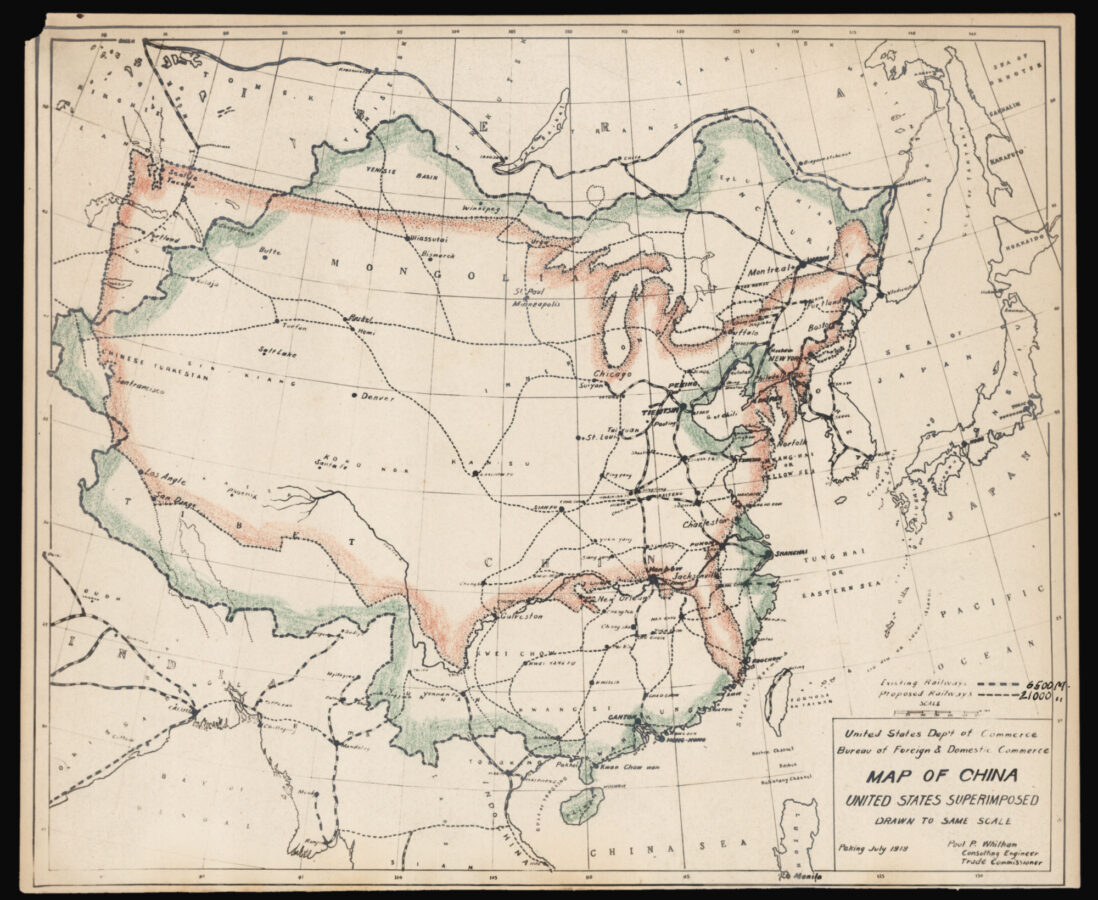 An interesting map of China, with the United States superimposed on top, by Paul Whitham, an American engineer and trade commissioner. After the First World War, there was significant American interest in China, following the invasion of the country by Japan and the domestic May Fourth movement protesting American foreign policy and the treaty of Versailles. The American Group and two Consortiums were set up to support long-term, large loans to the Chinese government, in the interest of preventing political instability. Whitham was one of several American political and economic figures working on deepening the ties between the two countries. He ​“believed that American influence in China would depend on the United States’ ability to provide financing for American concerns”. The United States wished to continue having commercial influence: Whitham was concerned that American businesses, unlike European ones, were not willing to make loans to or invest in Chinese commerce (Dyer). He prepared the Whitham Report on American plans for post-war China, which included ambitious plans for American collaboration with Japan, Britain and France on a national rail network, new technical advisory boards with foreign members, and a reformed Banking Consortium (Winseck and Pike).

As the map’s legend notes, both countries are drawn to the same scale. The existing rail network (6,500 miles of track) is shown by a black and white dashed line, and the augmented network proposed by Whitham (21,000 miles) is shown by a thinner dashed line. The United States is outlined in red and China in green. Whitham wished to convey the potential for infrastructure development in China: a country in which the inhabited part ​“is roughly half as large as the inhabited part of the United States, yet it supports five times as many people… China must feed about 23 percent of the world’s population from about 7 percent of the world’s arable land” (Fairband and Golman).

Unfortunately, Whitham’s report did not have the desired impact. His proposals were backed by Frank Bosworth Brandegee, a Connecticut senator, who brought the report to the attention of the Department of Commerce, the Secretary of State and President Woodrow Wilson. Wilson was unconvinced, replying ​“I am of the belief that the public interests would not be conserved by the transmission to the Senate of the report requested”. 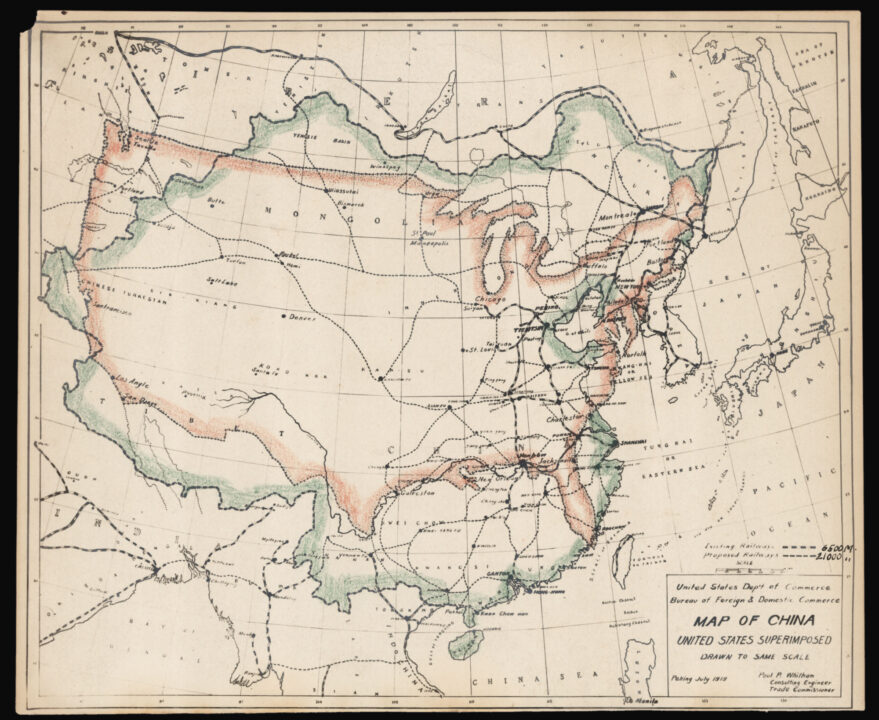