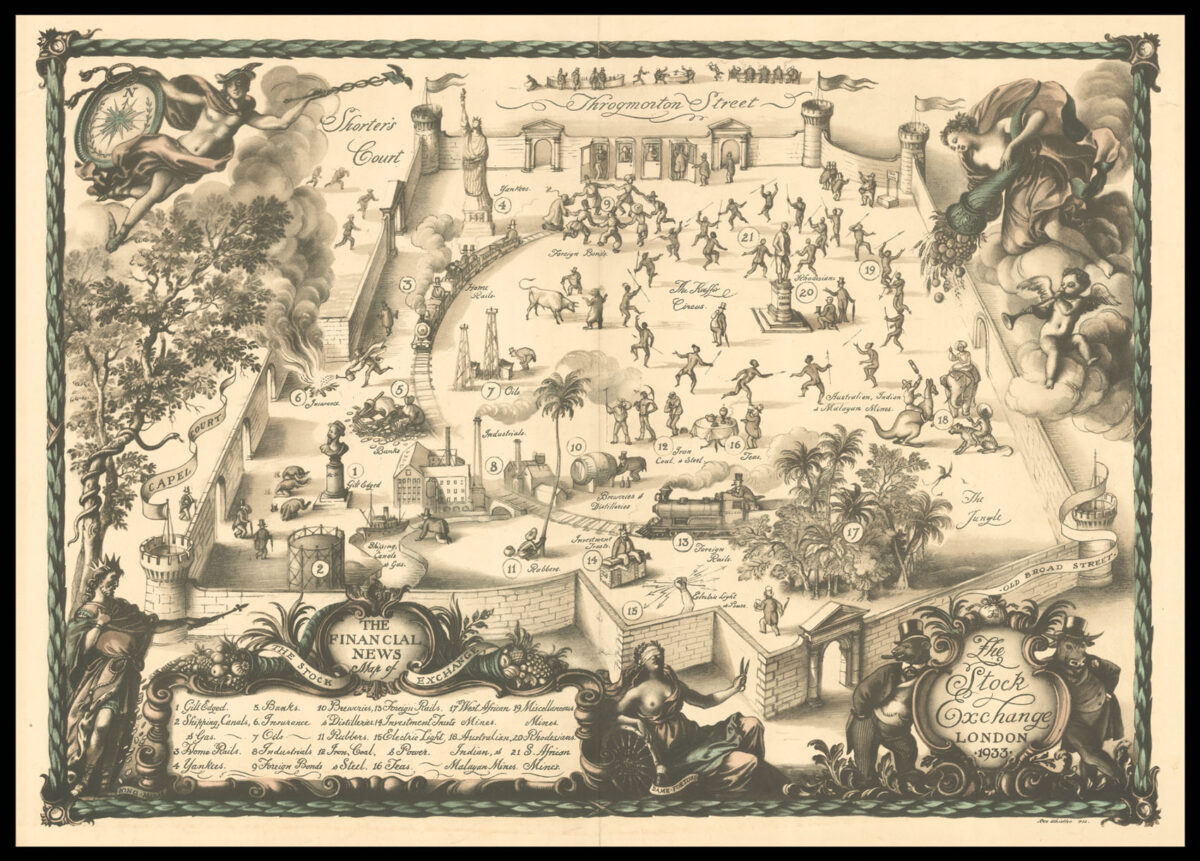 The decoration surrounding the map is replete with symbolism. To the upper right is fleet footed Mercury bring the latest news, to the right is a goddess who is about to spill her cornucopia upon the exchange. The title is flanked by a bull and a bear (representations of a buyer’s of seller’s market), both in full morning dress. To either side of the key are King Midas, spilling money upon the ground, and the Goddess Fortuna, blindfolded, wresting her right arm on the ​‘rota fortunae’ (wheel of fortune), and holding a pair of scissors.

The Stock Exchange is depicted as castle with entrances from Shorter’s Court, Capel Court, Throgmorton Street, and Old Broad Street. Within the walls the various commodities are humorously illustrated; these include banks, gilts, insurance, railroads, American stocks, mining, oil, shipping, and rubber.

The Financial News (1884–1945) was a daily British newspaper published in London. It was founded in 1884 by Harry Marks, who had begun on United States newspapers, and set up to expose fraudulent investments. Marks himself was key to the paper’s early growth, when it had a buccaneering life fighting against corruption and competing with the Financial Times, but after Marks’ death it declined. Bought by publishers Eyre & Spottiswoode in 1928 and run by Brendan Bracken, it eventually merged with its great rival in 1945.