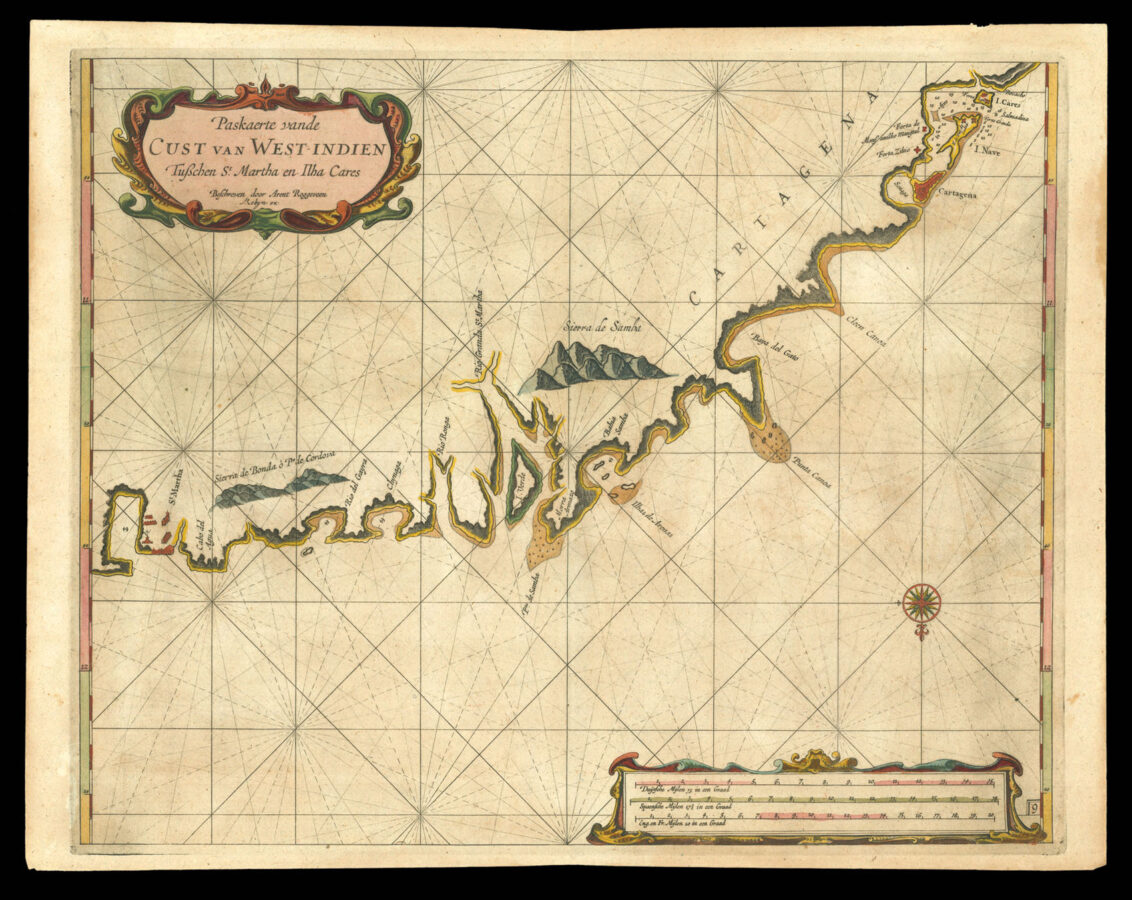 The chart shows the northern coast of Columbia, with Santa Marta at its leftmost side, leading westward to Cartegena de Indias, located in the Bolivar Department. During the early part of the sixteenth century, Cartegena was considered a viable settlement spot to the Spanish crown, who poured millions of dollars into the construction of settlements and fortifications to protect what became a major trading port of the area.