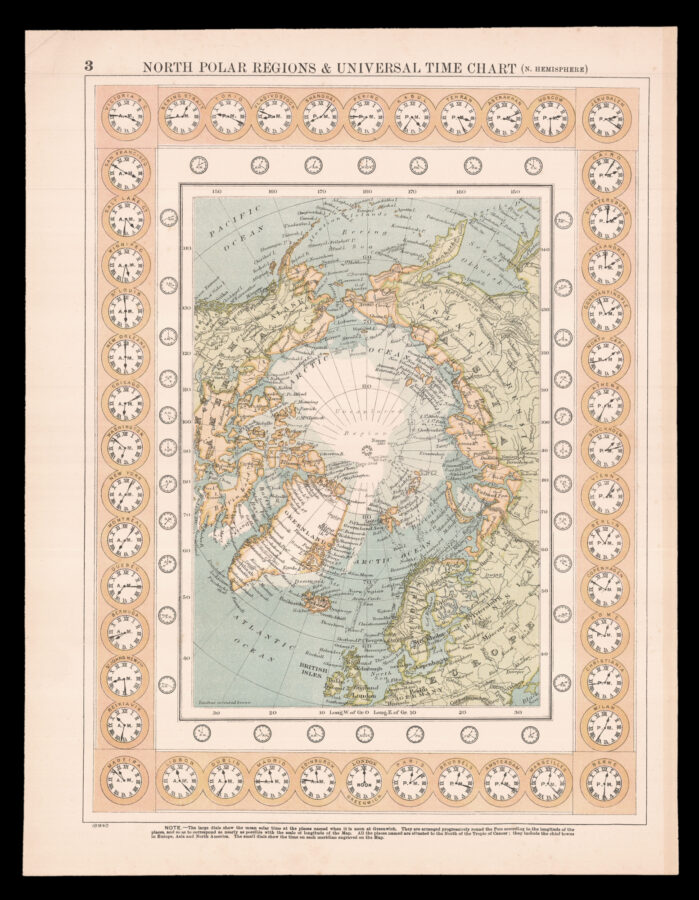 An unusual map of the northern hemisphere on a polar projection, displaying time zones throughout the world.

The 48 large clocks surrounding the map show the mean solar time for the major cities of the world — such as New York, Peking, and Paris — when the time is noon at Greenwich, while the 36 smaller dials indicate the time for each ten degree of longitude.

The map was published in George Washington Bacon, ​‘Universal Atlas of the World’.