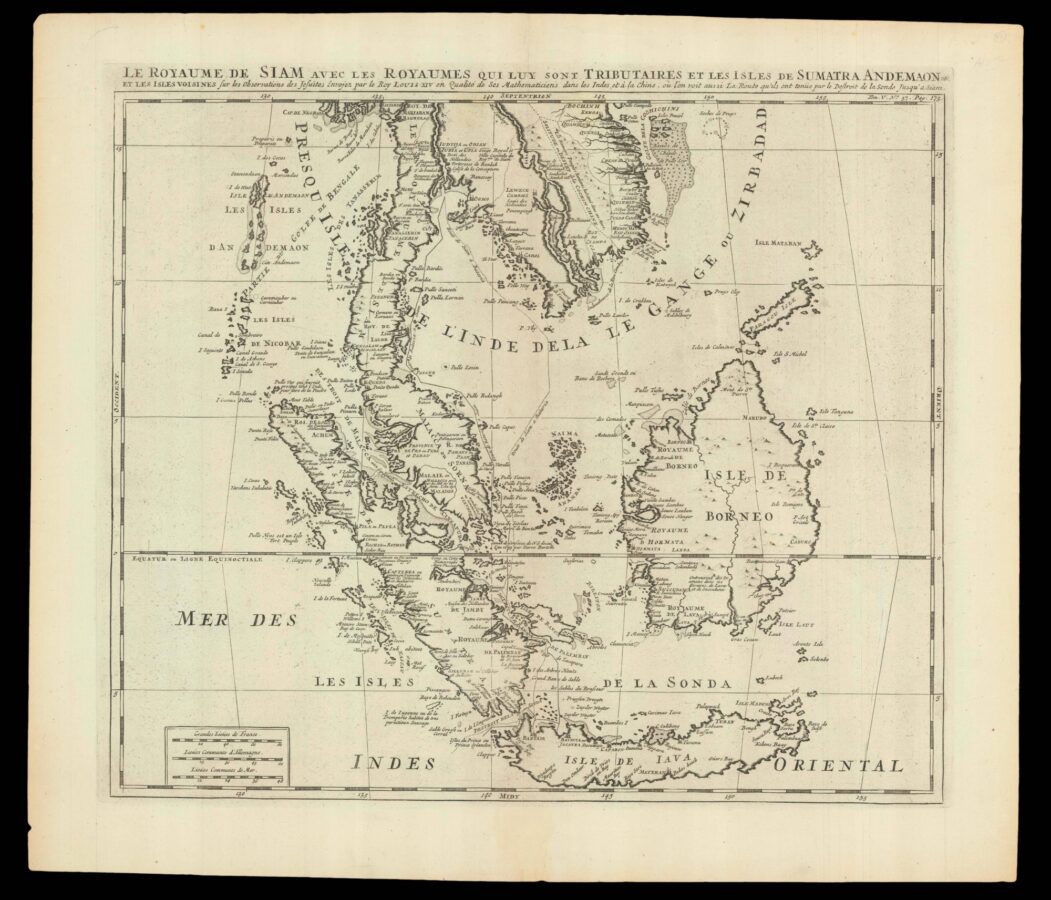 Singapore, as ​“Cincapura au Cingapura”, appears at the center of this detailed map of Southeast Asia. Showing present-day Thailand, the Malay Peninsula, the Malacca and Singapore Straits, and the islands of Borneo, Sumatra and Java, with shipping routes from Batavia to Thailand marked.

Published in the fifth volume of the Châtelain family’s ​‘Atlas historique, ou Nouvelle introduction à l’Histoire, à la Chronologie & à la Géographie Ancienne et Moderne…’, 1719, which eventually extended to 7 volumes. The Chatelains based their maps on the work of contemporary and earlier cartographers and travel writers, and the current map is based on the Jaillot — Mortier map derived from accounts of the French Jesuit mission to Siam in 1685–86.

Huguenot pastor Henri Abraham Chatelain (1684–1743) was born in Paris, but moved across Europe as religious hostilities increased under Louis XIV. Throughout the early decades of the seventeenth century, Chatelain worked with his father, Zacharie (died 1723), and later his son, also Zacharie (1690–1754), to publish a number of influential maps and books. Chatelain’s drafted his own original maps, which conveyed the breadth of his historical and geographical knowledge through their ethnographic, heraldic and cosmographic details.

Chatelain based his maps on the work of contemporary and earlier cartographers and travel writers, including Guillaume Delisle and Nicholas Sanson. 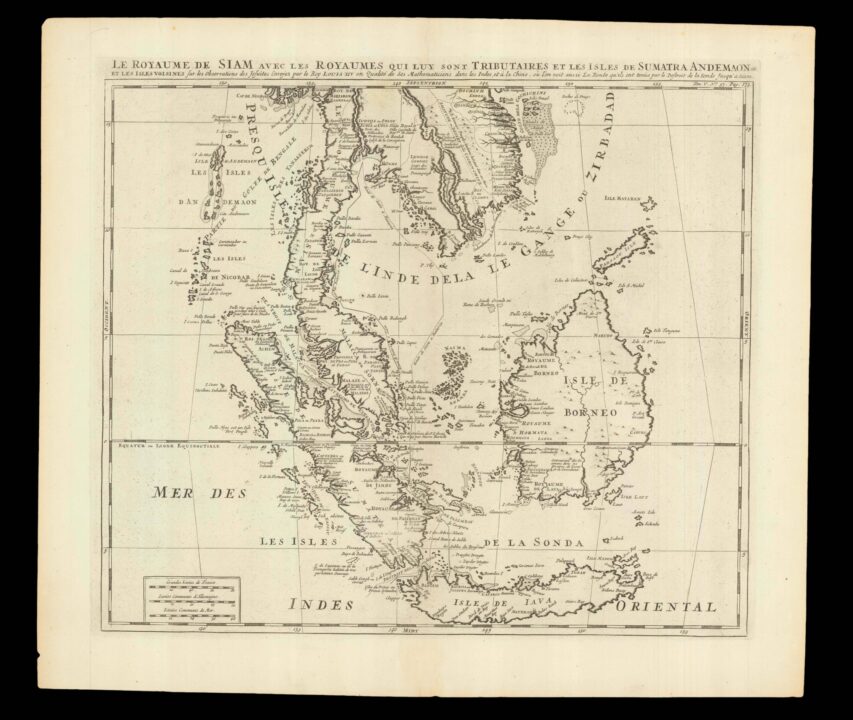