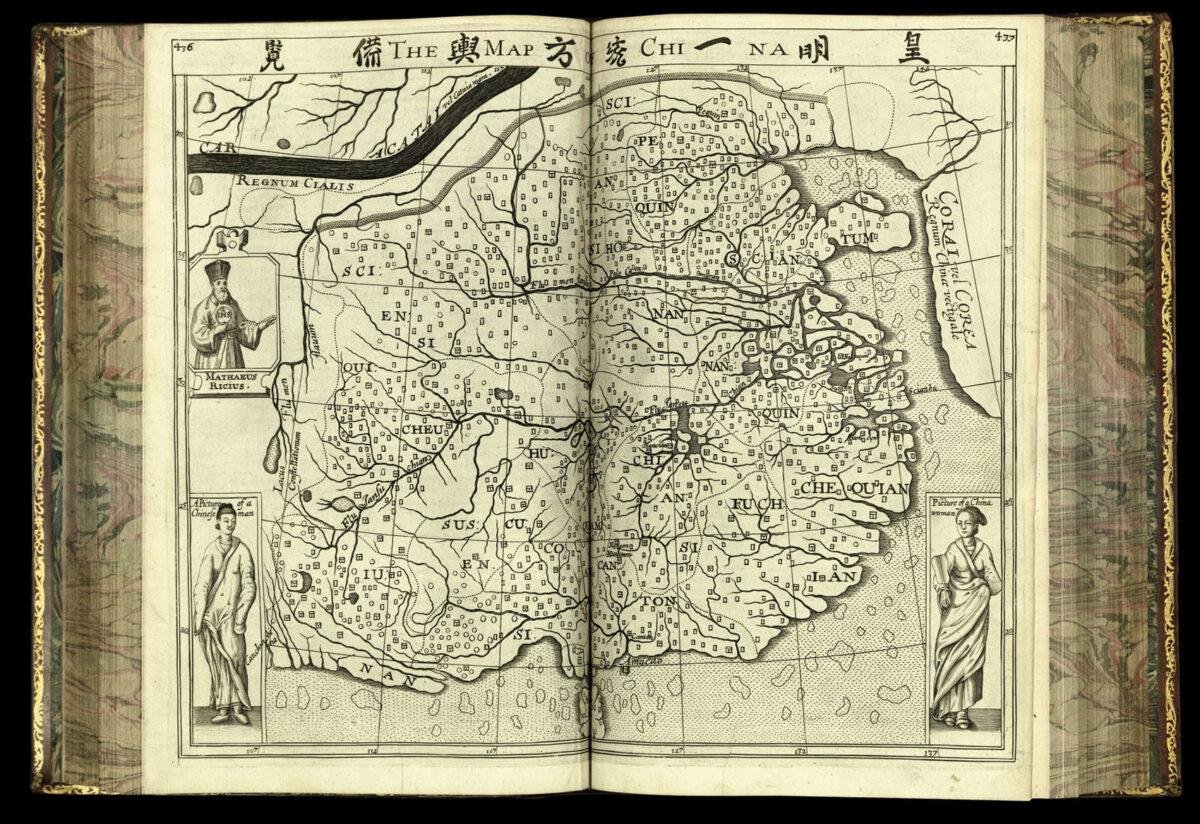 The Map of China

A rare and important map of China after one by an unknown author brought to England by a Captain Saris from Bantam in modern Indonesia.

The original was roughly four by five feet, with a map a yard square in the centre surrounded by text. It is possible this original was the 1593 Cao Map, which survives in one example. Purchas excised the commentary on China’s government and culture, but kept the Chinese characters in the title (some of which have been transcribed incorrectly) and the symbols for cities and towns (’rounds’ and ​‘squares’). He inserted the province names from Jesuit writings, possibly the first time the province boundaries had been shown on a European map. Korea is shown as an overlarge peninsula to the south. The inset images of a man and a woman were an addition by Purchas, drawing on traveller accounts of China. To the left is Matteo Ricci, the Jesuit missionary who was the founder of the first Catholic mission in China. 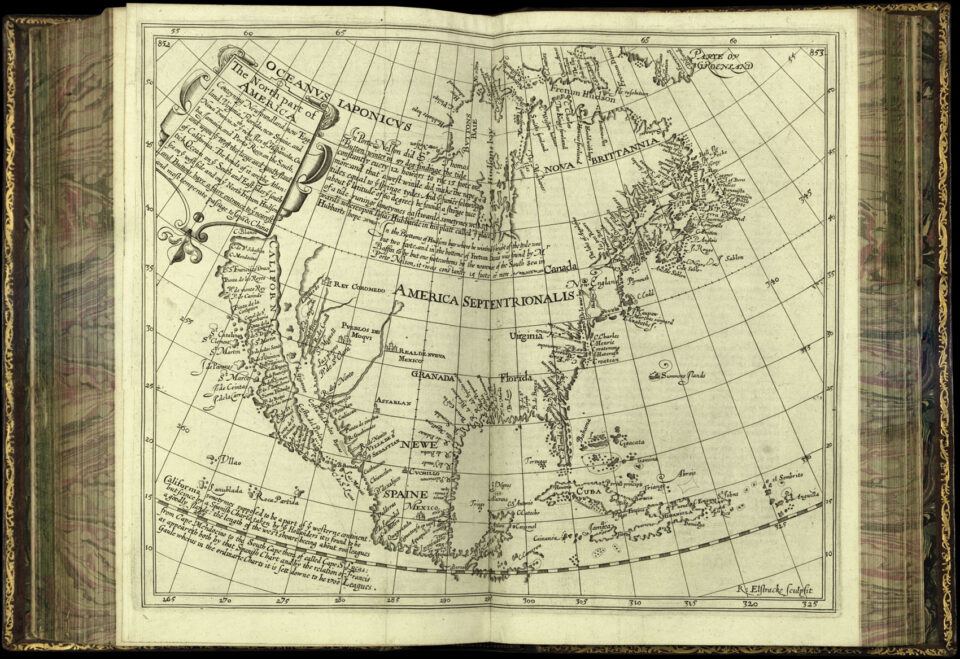