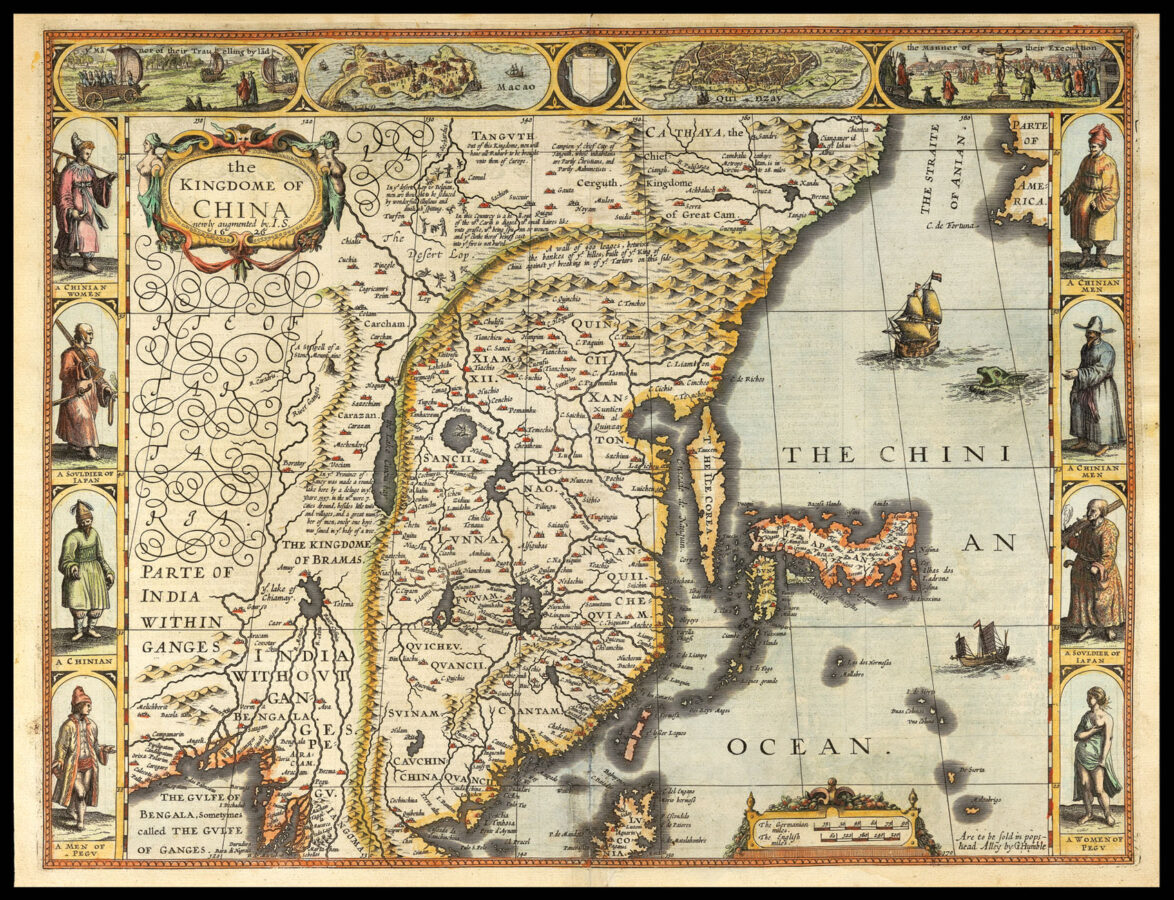 A map of China, also showing Korea and some of the islands of Japan. Korea is shown as a long island and Japan is drawn after Ortelius and Teixeira. The Great Wall of China (“built by ye King of China against ye breaking in of ye Tartars”), marked in green, separates China from the ​‘Desert Lop’ which divides it from Russia. Small diabolical figures in the desert are explained by an inscription which warns that spirits living there seduce humans with ​“illusions and divilish spitting”. The upper border contains views of Macao after Theodor de Bry and Hangzhou, the city described by Marco Polo in his accounts of his travels in China, and scenes of sail-powered land vehicles and a crucifixion. The right and left borders feature inhabitants of the countries shown in native dress, including one of the earliest European depictions of a Japanese soldier.