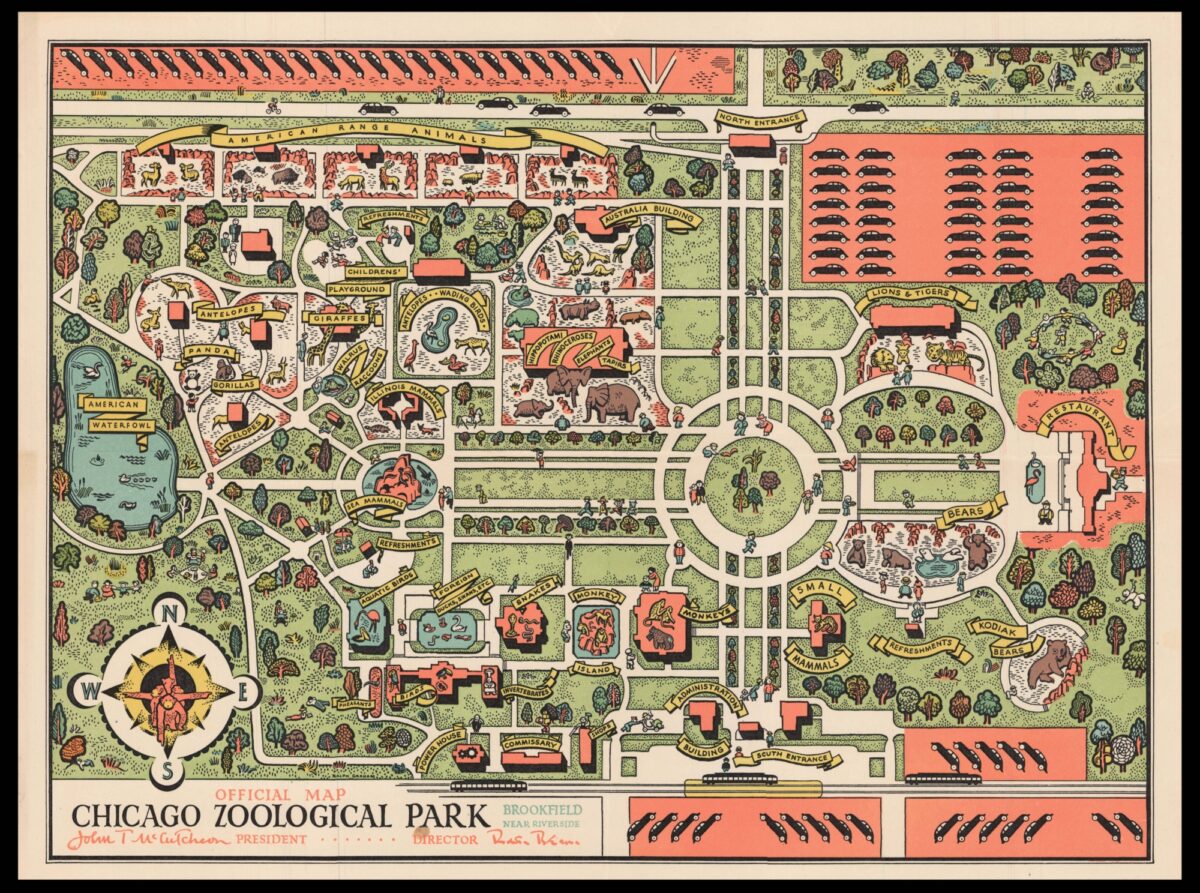 A lively pictorial map of Chicago Zoo, chartered as the Chicago Zoological Society in 1921 and opened as Brookfield Zoo in 1934, on land donated by Edith Rockefeller McCormick in 1919.

The map’s artist, Ralph Graham (1901–1980), was born in Cheyenne. He graduated from Chicago Institute of Art in 1930, and exhibited at Chicago’s Century of Progress World’s Fair in 1933. Given the Zoo map’s similarity in style to the famous, but anonymous, ​‘Map of Chicago’s Gangland’, 1931, it seems very likely that Graham may have been responsible for that map too. Between 1935 and 1936, he was acting as supervisor of applied arts under the Works Progress Administration, when he visited the Zoo, and oversaw the creation of tabletops for the refectory, featuring animal figures, set in the new medium of inlaid Formica. He volunteered for service during WWII, and on his return, in 1948, Director Robert Bean appointed Graham as assistant director.

In addition to creating two maps for the Zoo, his artistic duties included painting the famous refectory murals, creating the covers for the zoo guides, drawing the illustration for a souvenir matchbook cover, and producing a set of animal tiles. He was also sent to India to find and bring back, among ​“tigers, and other mammals, birds and reptiles”, a pair of Great Indian Rhinos: Kashi Ram and Kamala Rani. Brookfield Zoo became the first zoo outside India to have a pair of Great Indian Rhinos.