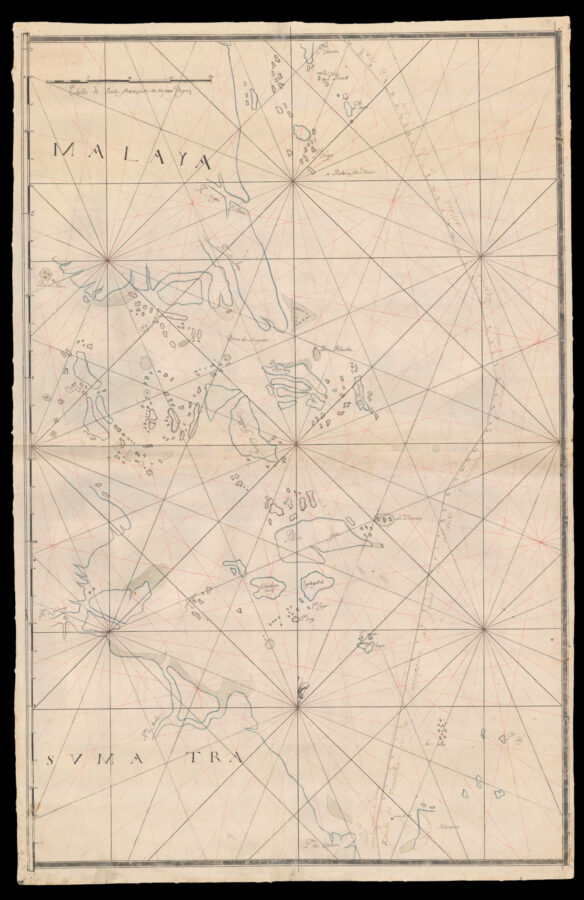 A magnificent series of manuscript charts plotting a continuous route, of nearly two thousand nautical miles, for the voyage of Captain Louis Dryas in the French East Indiaman, ​‘La Paix’, from the northeastern exit of the Sunda Strait to the estuary of the Pearl River in China: ​“Route du Vaisseau la Compagnie de Indes Paix Capitaine Monsieur Louis Dryas allant en Chine en 1733”.
Possibly a private commission, perhaps to commemorate one of the earliest voyages undertaken by the La Compagnie perpétuelle des Indes, according to new regulations that came into effect in September of 1733. These clearly defined the use of company vessels according to their destination, reserving voyages to China for the company’s largest vessels. Larger ships meant larger cargoes, and so greater financial reward. Many of these larger vessels had, until recently, been warships employed in the War of Polish Succession, which had ended with the ​“Pacte de Famille”, between France and Spain in February of 1733. The name of the vessel, La Paix, is undoubtedly significant.
The first, and most southern, sheet has all the hallmarks of grand
design. It is drawn on a very large scale, ​“Echelles des Lieux Francois a 20 au degrees”, has an unfinished but very decorative title-cartouche, two large decorative compass roses, and the port of Batavia on the north coast of Java is drawn in some detail. It extends from the northern-most exit of the Sunda Strait to the entrance, to the western tip of Bangka island and Palembang in Sumatra. Depth soundings are given throughout.
The untitled middle sheet, while drawn on the same scale, is altogether less decorative, perhaps indicating a waning of funds for the cartographer. Nevertheless, the chart shows clearly and accurately the islands of the Singapore Strait, including the (unnamed) island of Singapore, and the east coast of Malaysia, as far north as Tioman Island.
The northernmost sheet, also untitled, is drawn on a much smaller scale, continues the voyage to the South China Sea, and includes the coastlines of Malaysia, Cambodia, Vietnam, Hainan, to the coast of mainland China beyond Hong Kong, where the voyage ends. Annotations, possibly in the hand of Captain Dryas himself, indicate where ​‘La Paix’ was made to remain at ​“anchorage” at ​“Pto Caby”, and the ​“Embouchure dela Riviere de Canton”. The geography of the islands in the estuary is still a bit muddled, with present-day Hong Kong Island appearing as ​“I Lantoa”, opposite the mainland labeled as ​“Boca Lantao”. Macao appears as a distinct island. Nevertheless, Sage’s map precedes the publication of Jean-Baptiste Bourguignon D’Anville’s ​‘Carte particuliere de l’entrée de Canton’, which attempts to accurately chart the islands of the Pearl River estuary, by a year; and Jacques Nicholas Bellin’s by fifteen.
The north coast of Borneo appears in some detail, and the westernmost coasts of Luzon and Mindanao in the Philippines, but Manila is just off the chart.
The French East India Company — Compagnie des Indes — had several iterations after its founding in 1664. The second company, La Compagnie perpétuelle des Indes, fell victim to the ambitions of the infamous financier John Law, and so it struggled during the 1720s, and few French expeditions to China were commissioned. However, during the 1730s about two Compagnie voyages were achieved a year, until 1745, when the war of the Austrian Succession, and then the Seven Years War, caused a hiatus in trading relations. 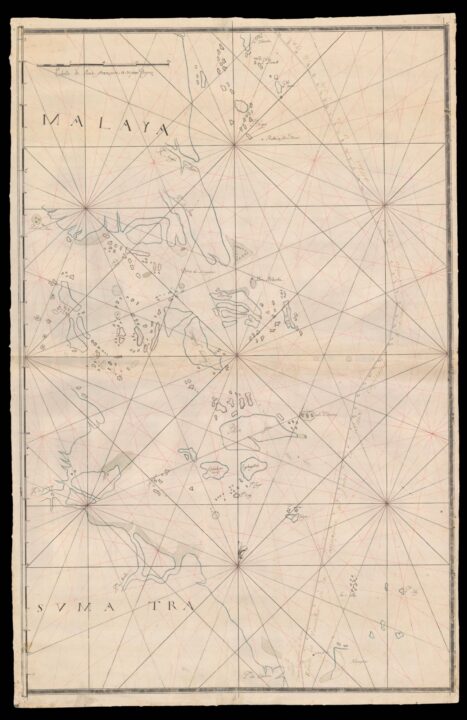 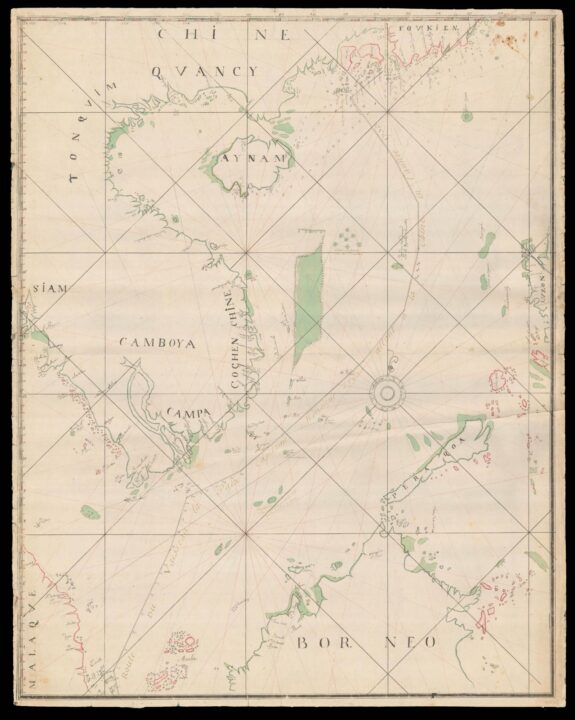 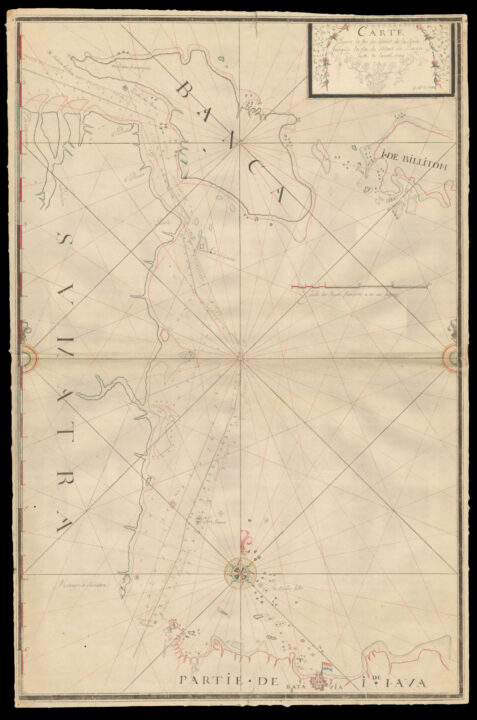 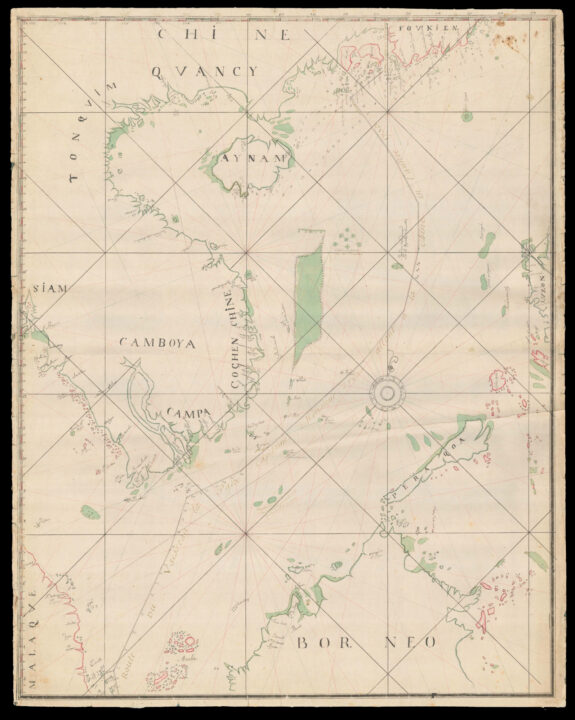