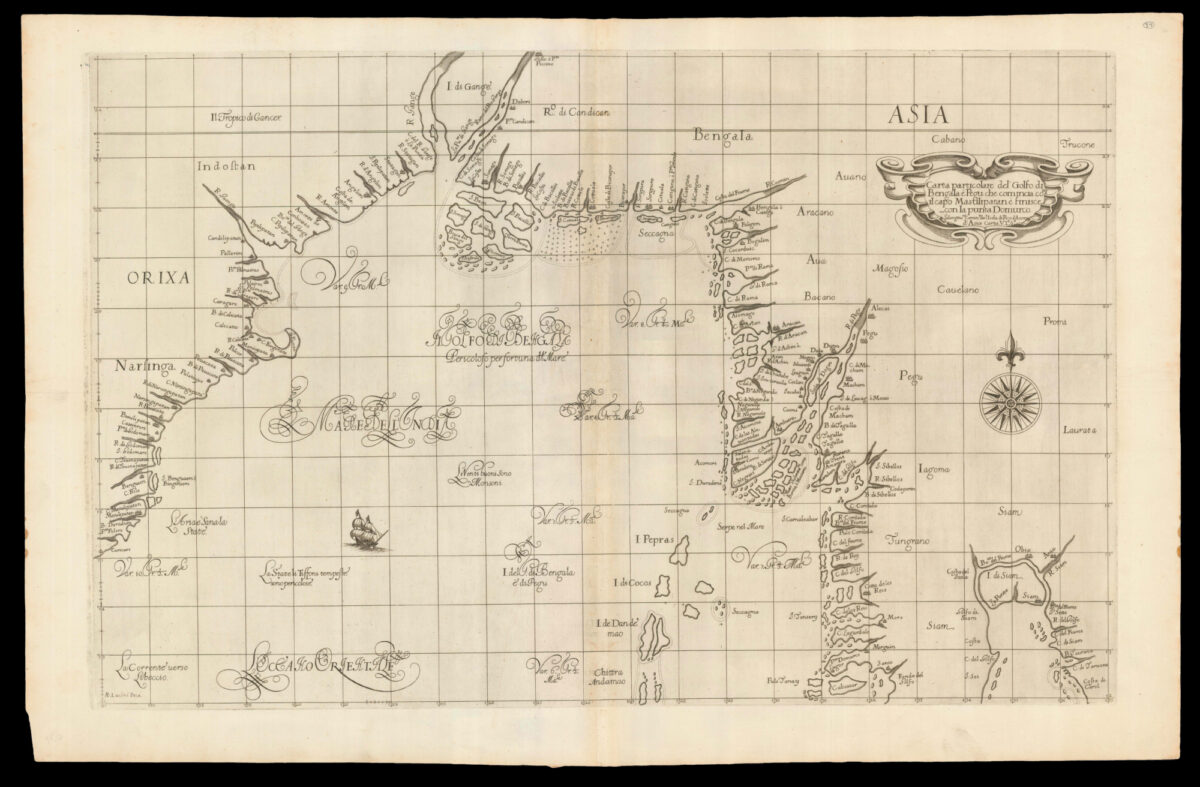 In his own words, as a young man, Dudley had yearned to travel to ​“India and other parts to which navigation should take him,… [however, Queen Elizabeth] ​“would not allow such a mere youth to break his maiden lance in an enterprise requiring so much knowledge of the world, in which many veteran Captains had fared so ill… Not being able to take the desired voyage to China,… [he] sent ships and men there under the command of Captain [Benjamin] Wood” who was ultimately shipwrecked off the Burmese coast. Dudley’s beautiful chart shows the Gulf of Bengal and Pegu, from Cape Mastilipatan to Point Domurco,with the coastlines of India, Bangladesh and Myanmar, including coastal towns, harbours and islands.

In spite of Francis Drake’s successful circumnavigation at the end of the 1570s, ​“English voyages were generally disappointing” (Suarez). The English East India Company was chartered on the last day of 1600, and it was not long before the Company had established factories in Banten (Java), Ayuthaya, and Patani, and was conducting limited trade with Cambodia and Cochin-China. However, the ​“Massacre of Ambon” and other less tragic difficulties, precipitated the English withdrawal from the Souteast Asian arena, to concentrate on establishing their presence in India instead.

From the second edition of ​‘Dell’arcano del mare’, one the ​“greatest atlases of the world” (Wardington), first published in 1646 when its author, Robert Dudley, was 73, it was not only the first sea atlas of the world, but also the first to use Mercator’s projection; the earliest to show magnetic deviation; the first to show currents and prevailing winds; the first to expound the advantages of ​‘Great Circle Sailing’ – the shortest distance between two points on a globe; and ​“perhaps less importantly the first sea-atlas to be compiled by an Englishman, albeit abroad in Italy” (Wardington). 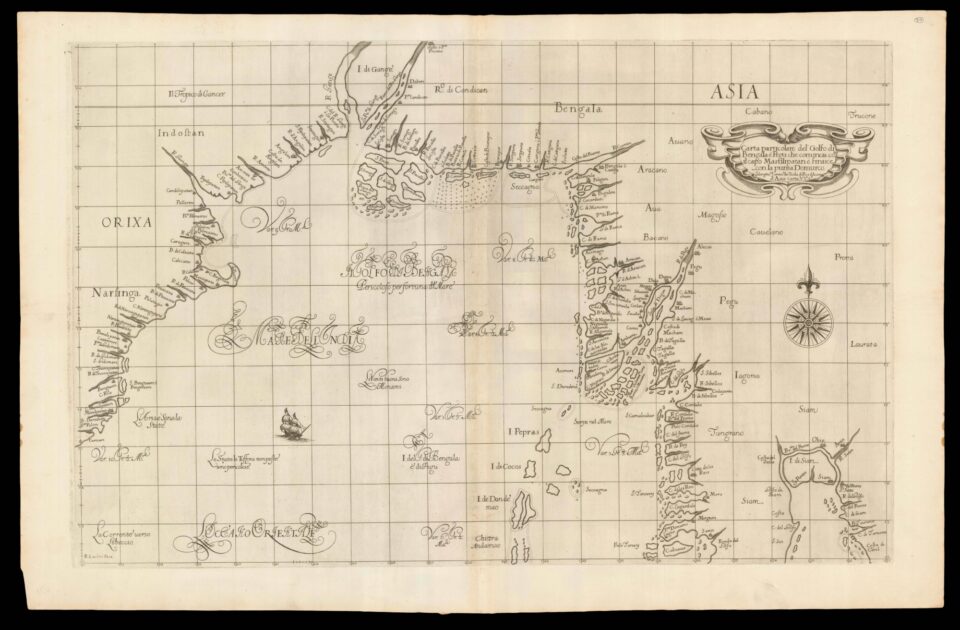