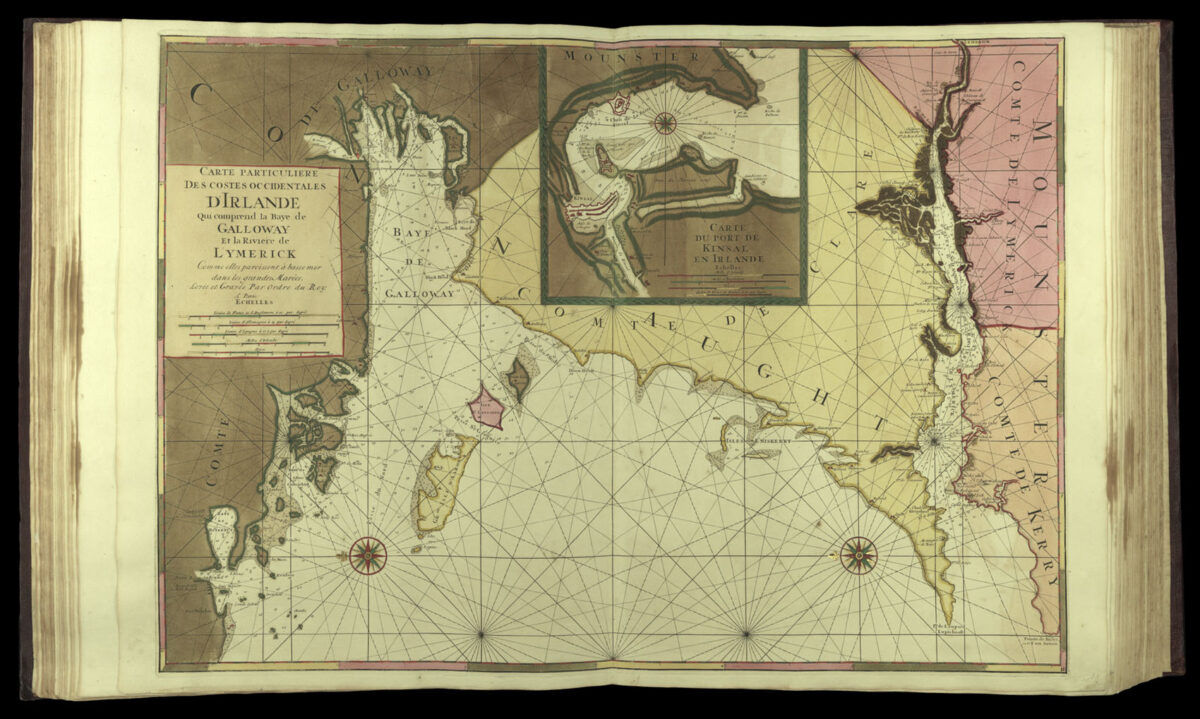 Chart of the Limerick River and Galway Bay in Ireland

A detailed chart of the Limerick River and Galway Bay in Ireland, with an inset of the port and castle of Kinsale. Kinsale is shown in detail because of its historic significance: it was both where Prince Rupert of the Rhine declared Charles II King after Charles I’s execution, and where James II left for France after his defeat at the Battle of the Boyne by William of Orange. The map is decorated with two compass roses.