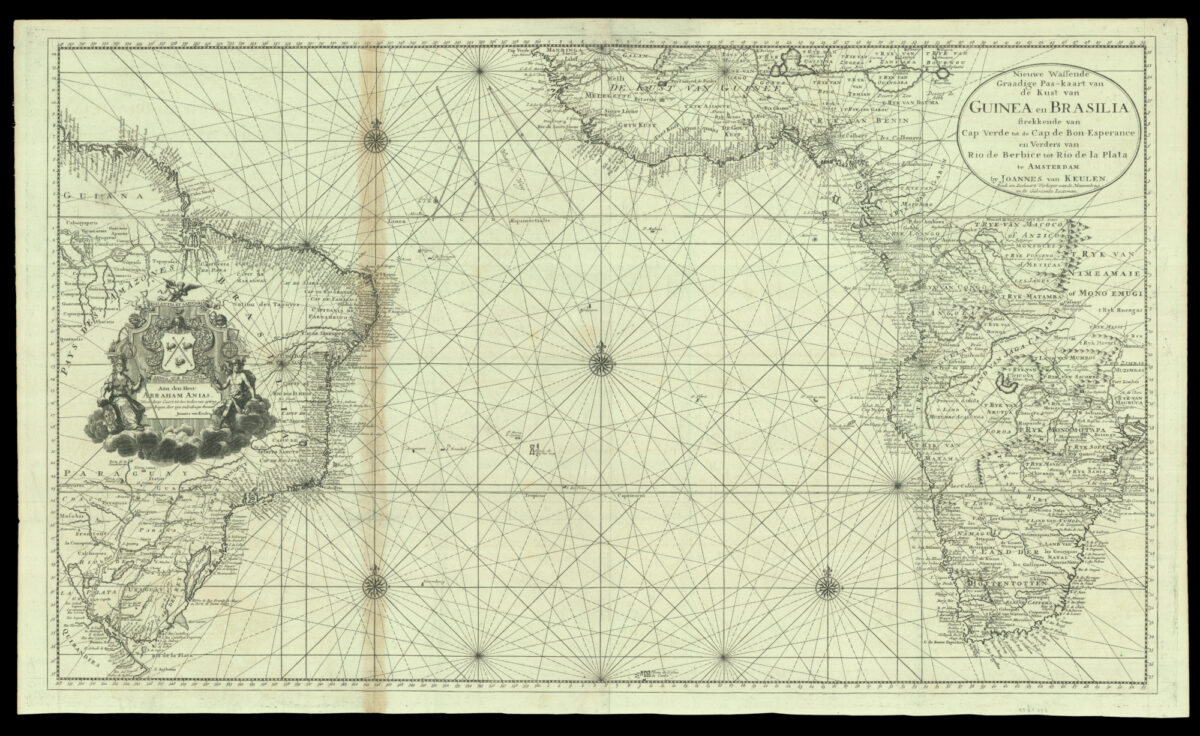 A chart of the Atlantic, Brazil and western Africa published by the van Keulen dynasty of chartmakers.