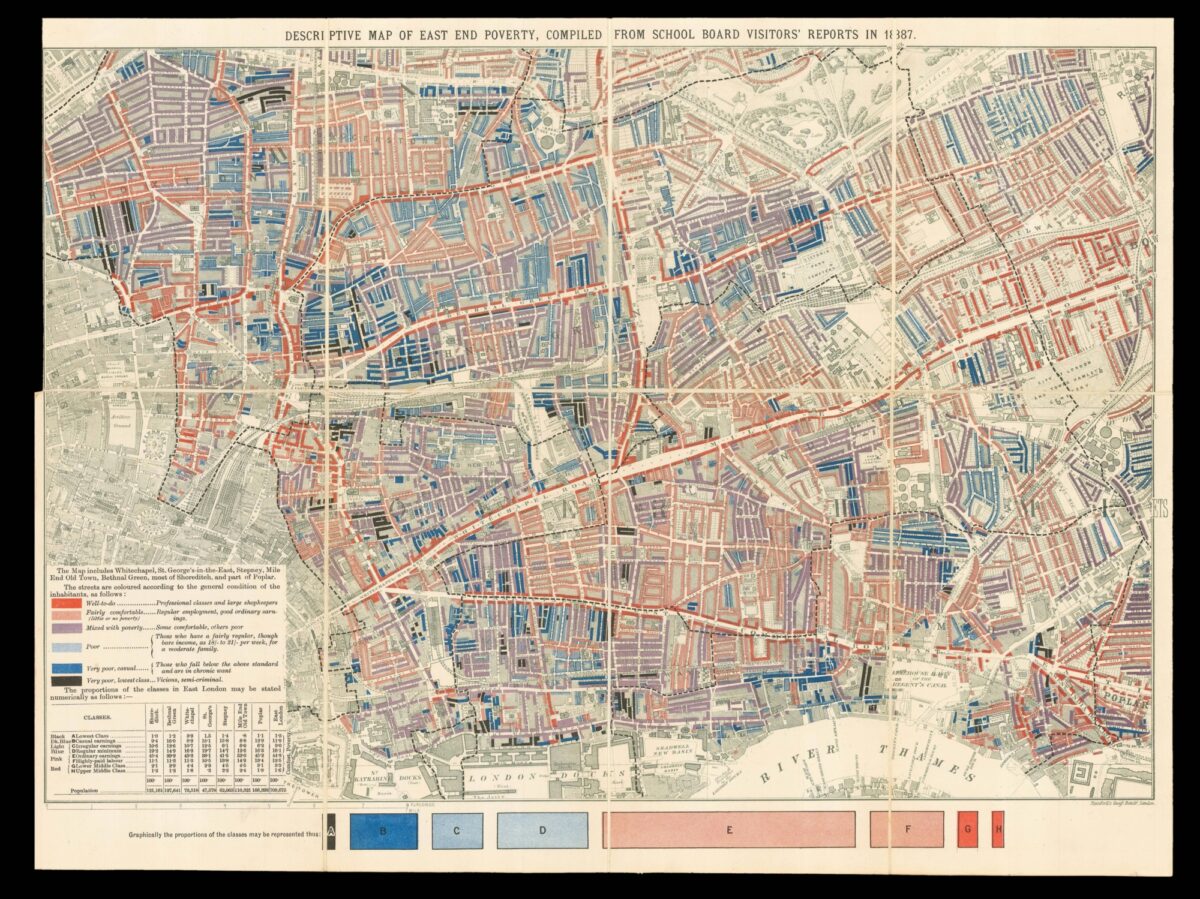 Descriptive Map of East End Poverty Compiled from School Board reports in 1887.

The first of Charles Booth’s famous poverty maps of London to be published, in his seminal work ​‘Labour and Life of the People, Volume 1: East London’. The areas it covers include Hoxton, Bethnal Green, Whitechapel, Mile End Road and Limehouse. When the full survey was published in 1891 this map was dropped for one matching the other three in the set. However this early map has the same features, with the streets colour-coded according to the degree of wealth of the inhabitants, ranging from black (‘Very poor, lowest class… Vicious, semi-criminal’), through shades of blue and purple (‘Poor’, ​‘Mixed’, ​‘Fairly Comfortable’), to red (‘Well to do’). Booth’s highest class, yellow (‘Wealthy’), does not appear on this map. Booth (1840–1916), owner of the Booth Shipping Line, acted in response to an 1886 Pall Mall Gazette article that claimed that 25% of Londoners lived in poverty. Booth regarded this figure as wildly exaggerated, so recruited a team of volunteer researchers (including his cousin Beatrix Potter) to compile an analysis of social conditions based on field visits and interviews with local police, clergy and employers. The reception of his survey, published as ​‘Life and Labour’, was such that Booth completed two more surveys, titled the ​‘Second Series’ (1891), and ​‘Third Series’ (1902, covering Religious Influences), with a ​‘Final Volume’ (also 1902) with his conclusions. 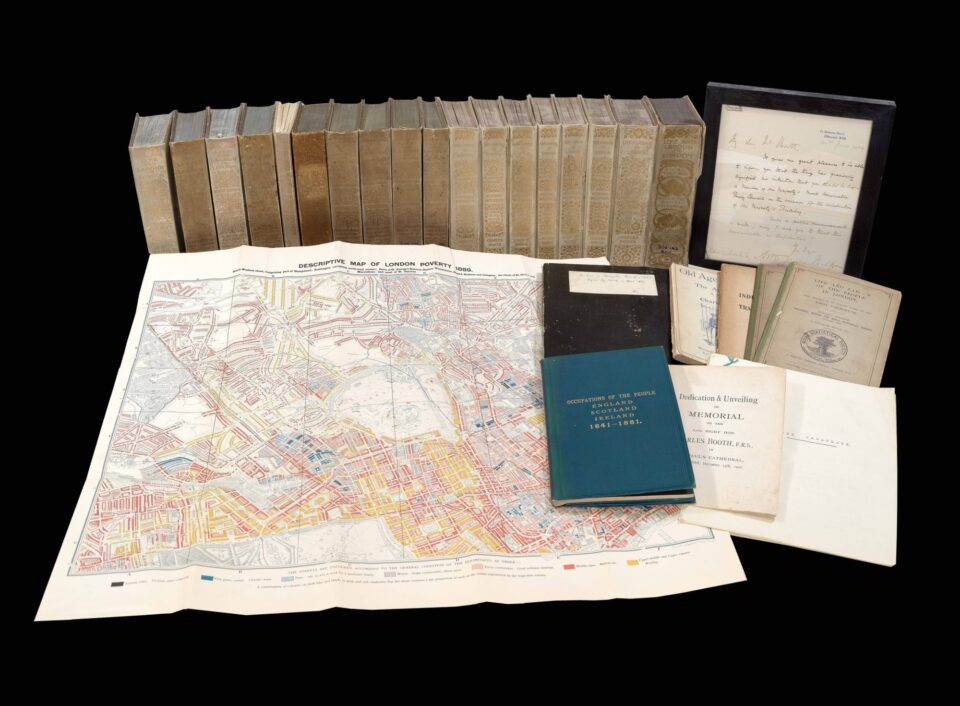 The legacy of Charles Booth