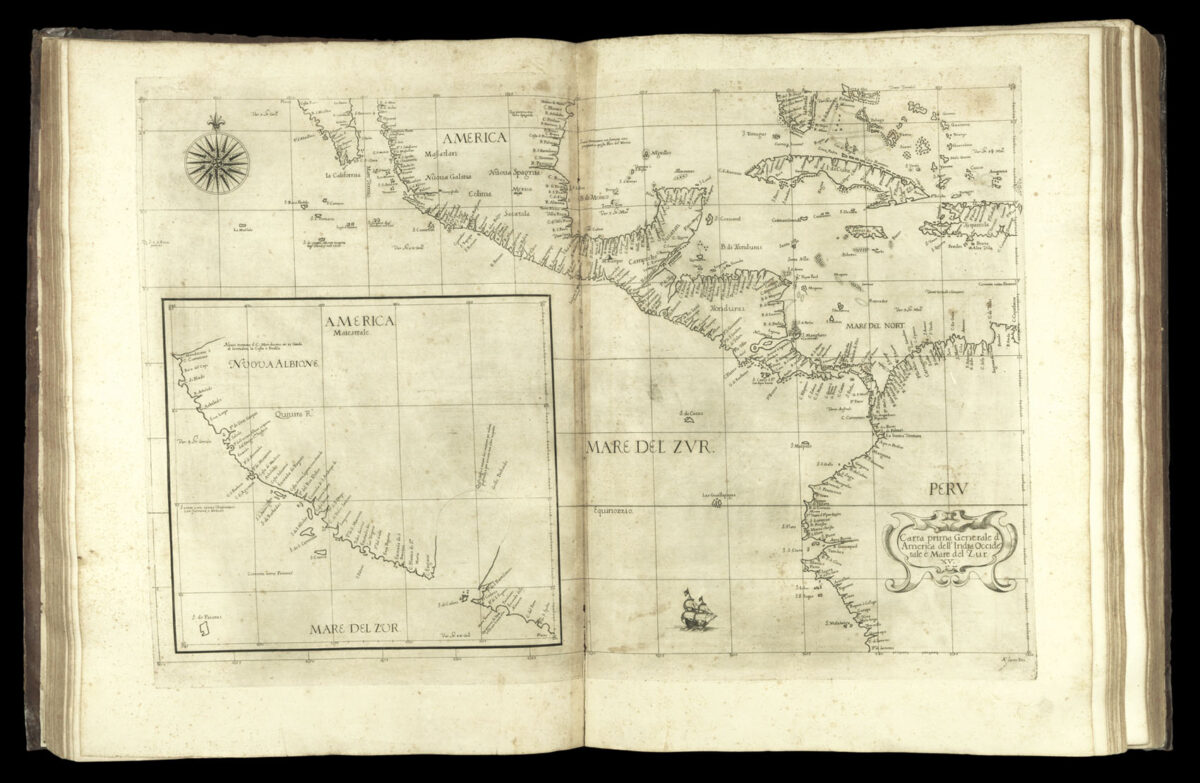 Central America and the Caribbean Sea

The map shows Central America and the Caribbean Sea with Cuba, Hispaniola, the Bahamas, Jamaica and the Cayman Islands. California is still shown as an island on the left. The inset shows the northern coastline with a large bay between Cape Engano and C. di Cedros. The extent of the bay, marked Golfo Profoundo, is suggested with dotted lines with an inscription noting ​“This gulf has recently been reported as very large but has not been well explored.” The Golfo Profoundo may well have been spotted by Martin d’Aguilar on Vizcaino’s voyage, leading him to believe that California was an island.

P. di Moneerei (Monterey Bay) and P. di S. Diego (San Diego), two towns discovered and named by Vizcaino, are marked by anchor symbols on the southern coast. The accuracy of their name and location indicates that Dudley had access to the official account of Vizcaino’s voyage, which was not published until 1802. Point New Albion is marked with a note of its discovery by Francis Drake, and Northern California is marked by the name Drake gave it, Nuova Albione. Quivira R (Kingdom of Quivira) is marked on the left of the inset. Quivira was supposedly a hidden but colossally wealthy Native American kingdom, rich in gold and silver. The 1540 Coronado Expedition found it ​“950 leagues from Mexico”. Unfortunately, it contained no precious metals, just very fertile country.