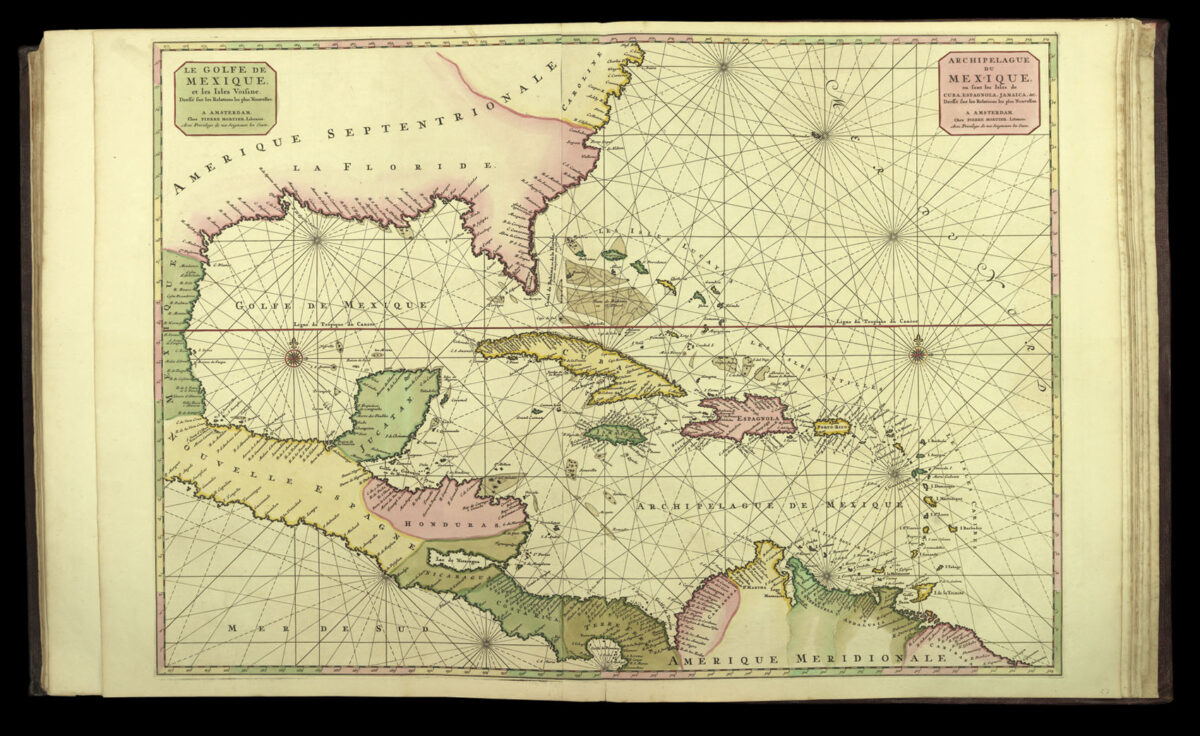 A map of central America and the Caribbean Sea.