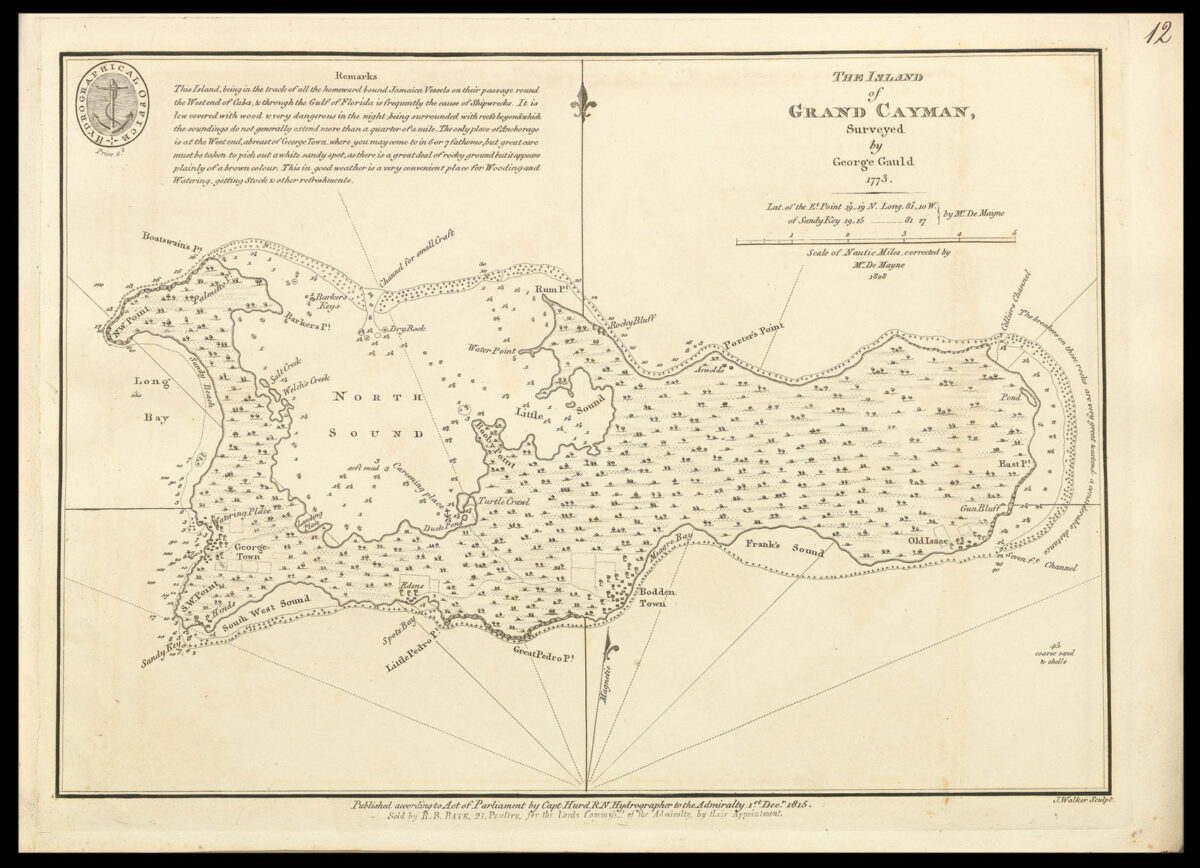 The Island of Grand Cayman Surveyed by George Gauld 1773.

The survey was carried out by George Gauld, a Scottish military surveyor working for the British Admiralty. From 1764 to 1781 he charted the difficult waters off the Gulf Coast of West Florida. Some of his surveys were published by J.F.W. Des Barres in the Atlantic Neptune, but the continuation of his work was hampered during the Revolutionary War due to the activity of American privateers. Gauld was finally captured after the siege of Pensacola in 1781 and paroled to England.

Gauld’s chart of the Coast of West Florida

George Gauld May 1823.
An Accurate Chart of the Coast of West Florida, and the Coast of Louisiana From Sawaney River, on the West Coast of East Florida, to 94° 20′ West Longitude. Describing the Entrance of the River Mississippi, Bay of Mobile, Pensacola Harbour, &c… Under the Direction of the Right Honourable The Lords Commissioners of the Admiralty.