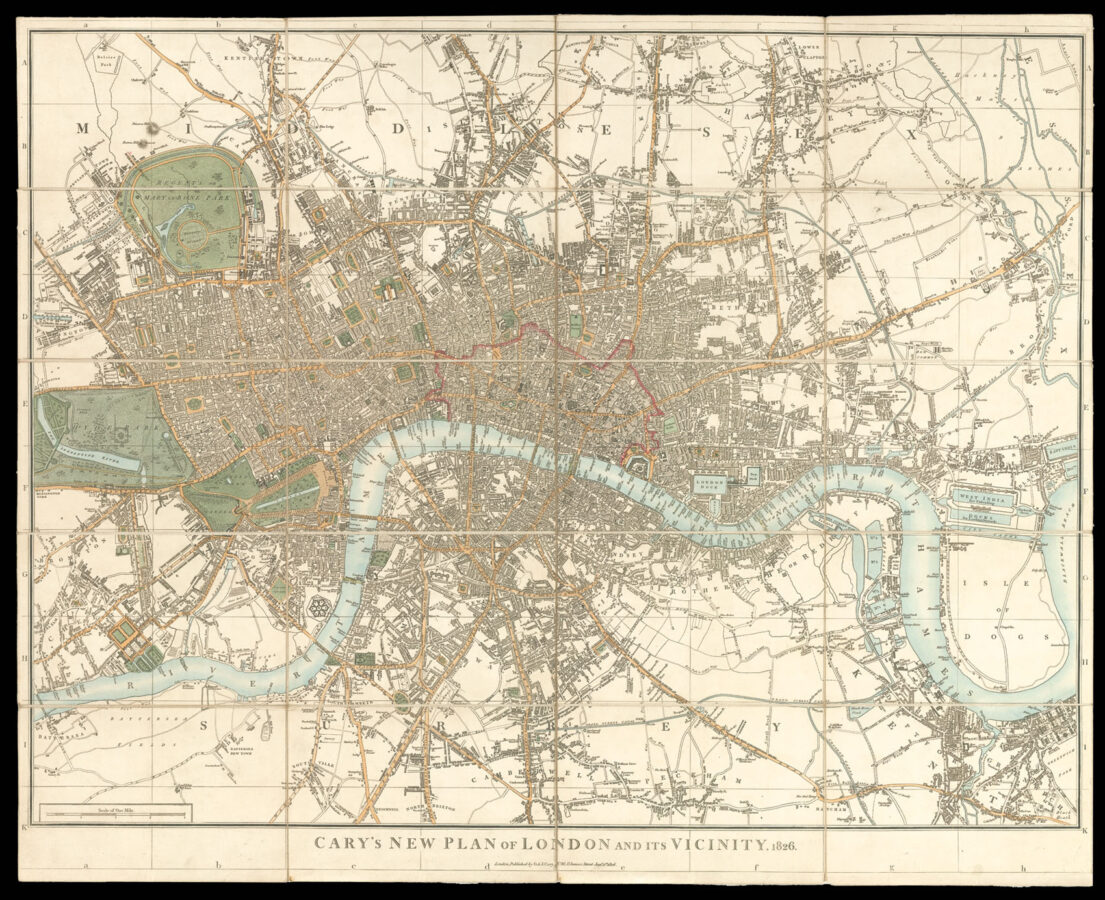 Cary’s plan of London with its Index

The map extends from north to south from Kentish Town to Camberwell, and from west to east from Hyde Park to the West India Docks. The city of London is outlined in red. To the west extensive building work is shown in St John’s Wood, together with the site of the Lords Cricket Ground, which had moved to St John’s Wood Road from is original location on Dorset Square, in 1814. Numerous bridges are shown spanning the Thames, with the proposed Lambeth Bridge, construction of which was not started until 1860.