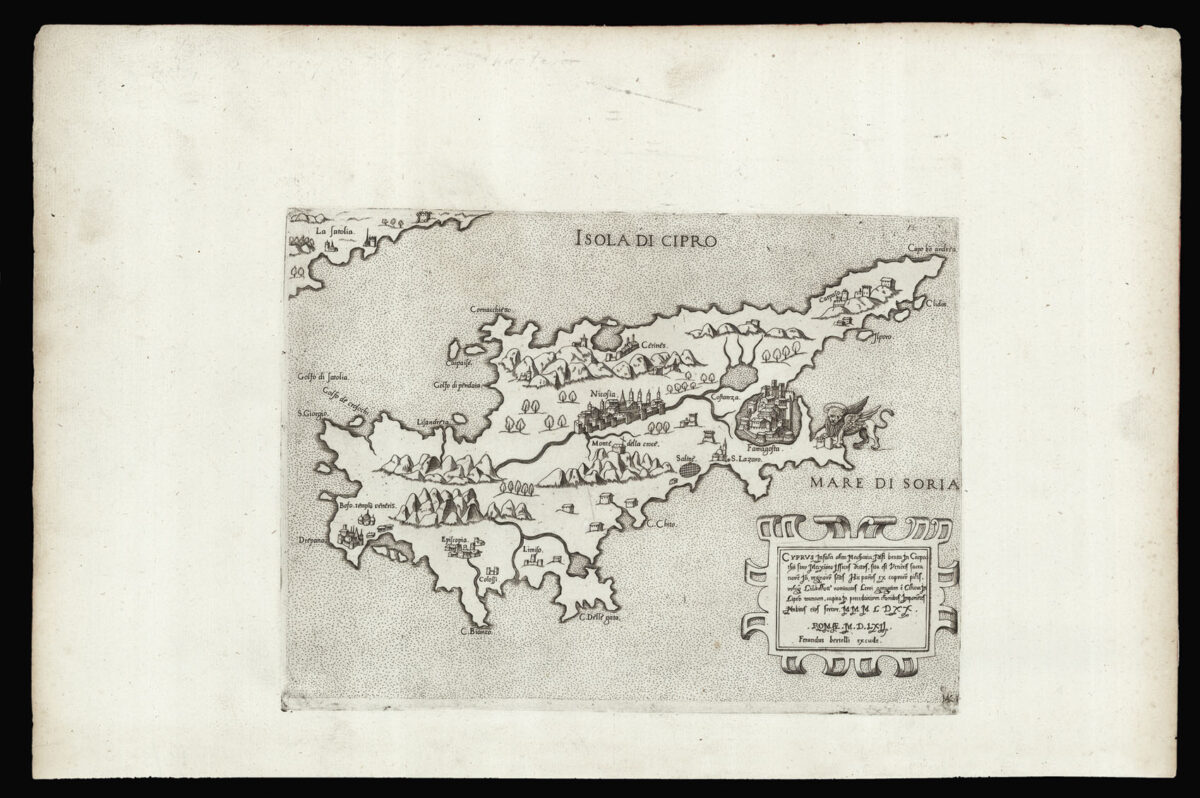 By BERTELLI, Ferrando and Mario CARTARO, 1562

The second state of Mario Cartaro’s map of Cyprus. Originally issued in Rome in 1560 by Cartaro, it was republished by the Venetian mapmaker Ferrando Bertelli. Although the sheet gives the place of printing as Rome, this map was often printed in composite atlases on the same page as a map of Crete by Bertelli, which gives the place of printing as Venice. Cartaro would later go on to become the official cartographer to the Kingdom of Naples; his monogram appears in the lower right corner (MK). The coastline is influenced by the maps of Henricus Martellus and the features draw on another map of Cyprus published in Rome by Bartolomeo Faleti in 1560, with several important editions. The cities of Nicosia and Famagusta are emphasized: the seizure of Famagusta in 1489 was the deciding factor in the eventual Venetian conquest of the island. The symbol of Venice, the lion of Saint Mark, appears in front of Famagusta to highlight their victory.