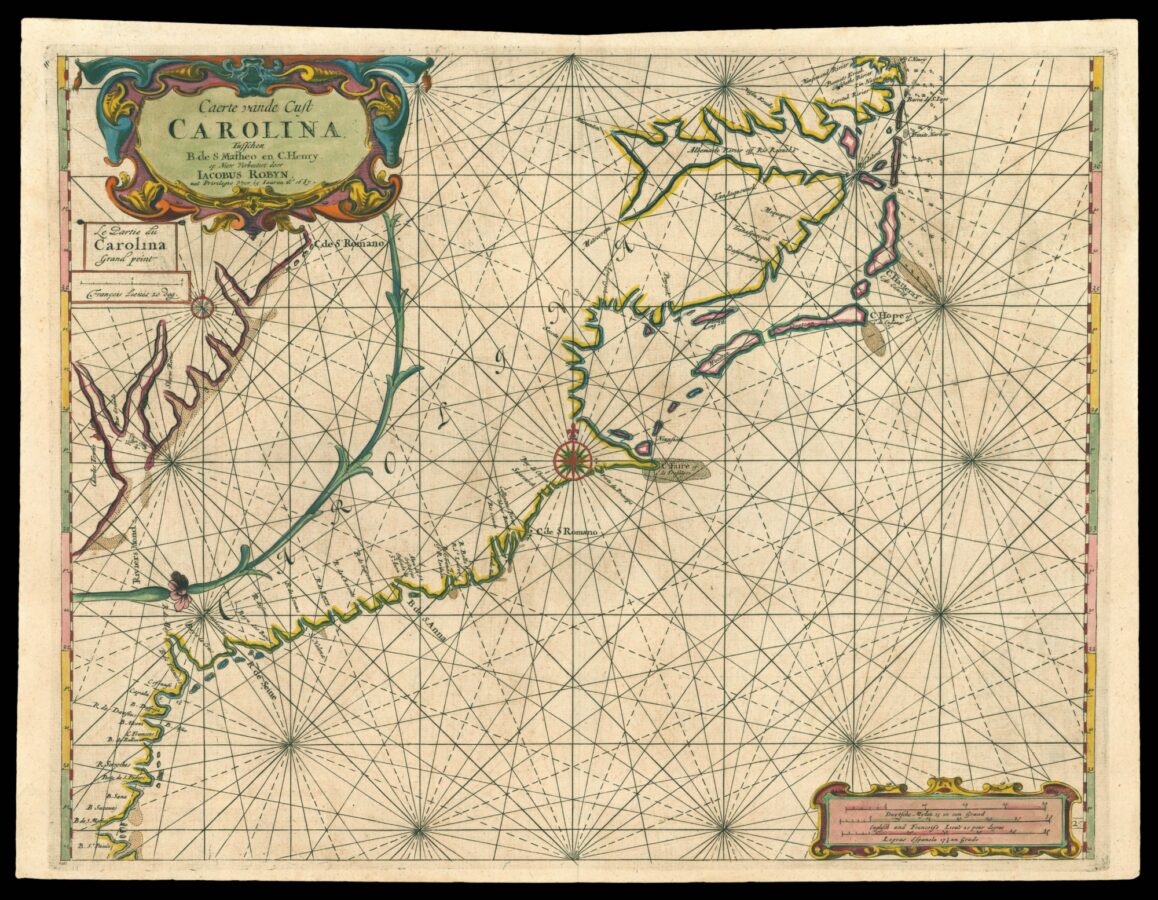 In 1687 Robijn replaced the earlier chart of the south-east with this one. It is interestingly derived from Johannes van Keulen’s ​‘Pas Kaart Van de Kust van Carolina,’ 1684, the publisher whom he had been working with in 1679. Robijn rotates the projection to a north-south one and in the process eliminates the south portion of Chesapeake Bay. The coastline is virtually identical but nomenclature does vary. One notable new addition is B de S. Anna and a sand bar is also placed at C Faire. The position of Charles Town is still on the south bank of the Rio Grande, a position from which it relocated in 1680.