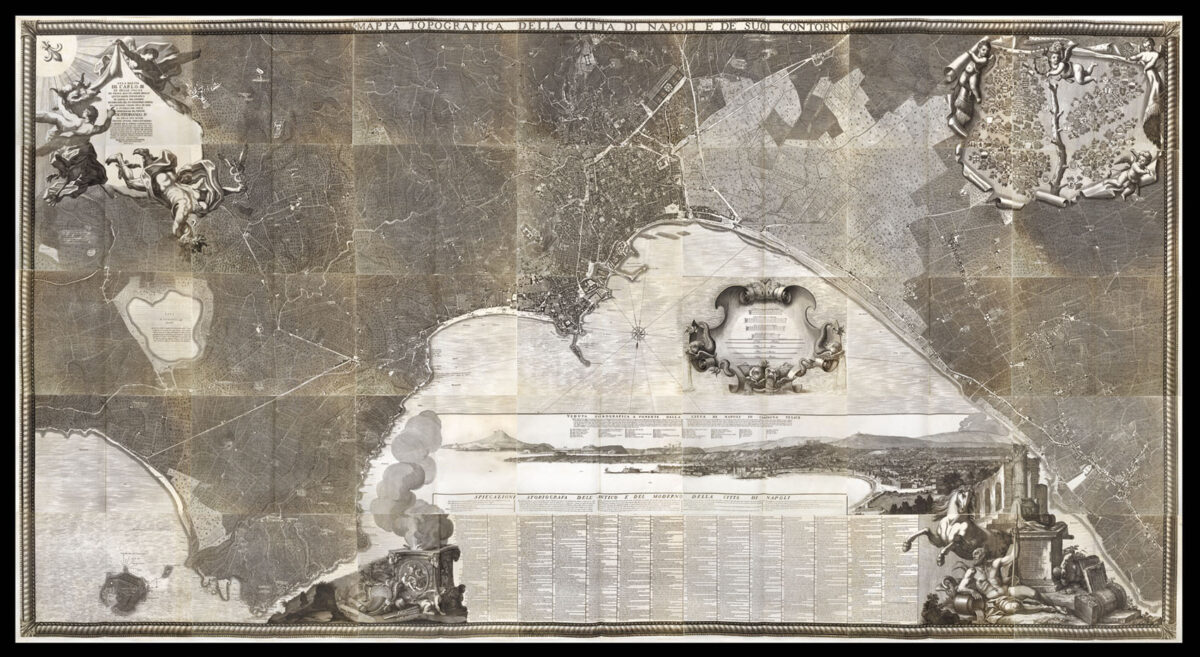 Carletti’s ambitious project was spurred by the urban reform brought about by the new ruler of Naples, Charles of Bourbon, who had been installed as King of the Two Sicilies in 1734. The last accurate map of Naples had been made by Antonio Lafreri in 1566 — it was high time for another. The civic tribunal of San Lorenzo agreed to finance the map in 1750, although the project took a quarter of a century to complete.

The map shows the city on the coast in exacting detail, with a large view of the bay at the bottom. The view is bracketed by a rearing horse, the symbol of Naples, and the personification of the Sebeto River with his goose. The monumental size was meant to signal the newfound strength of Naples under the Bourbon monarchy. In a trompe l‑oeil at the upper right corner, putti burst through the map, pulling it back to show a tree representing the civic tribunal, surmounted by the royal coat of arms. The role of Charles in the city’s reinvention is emphasised further by the dedication at the upper left corner, where Fame, Mercury and Parthenope (the mythical founder of Naples) swoop down from heaven bearing an ox hide with an encomium to Charles on it.