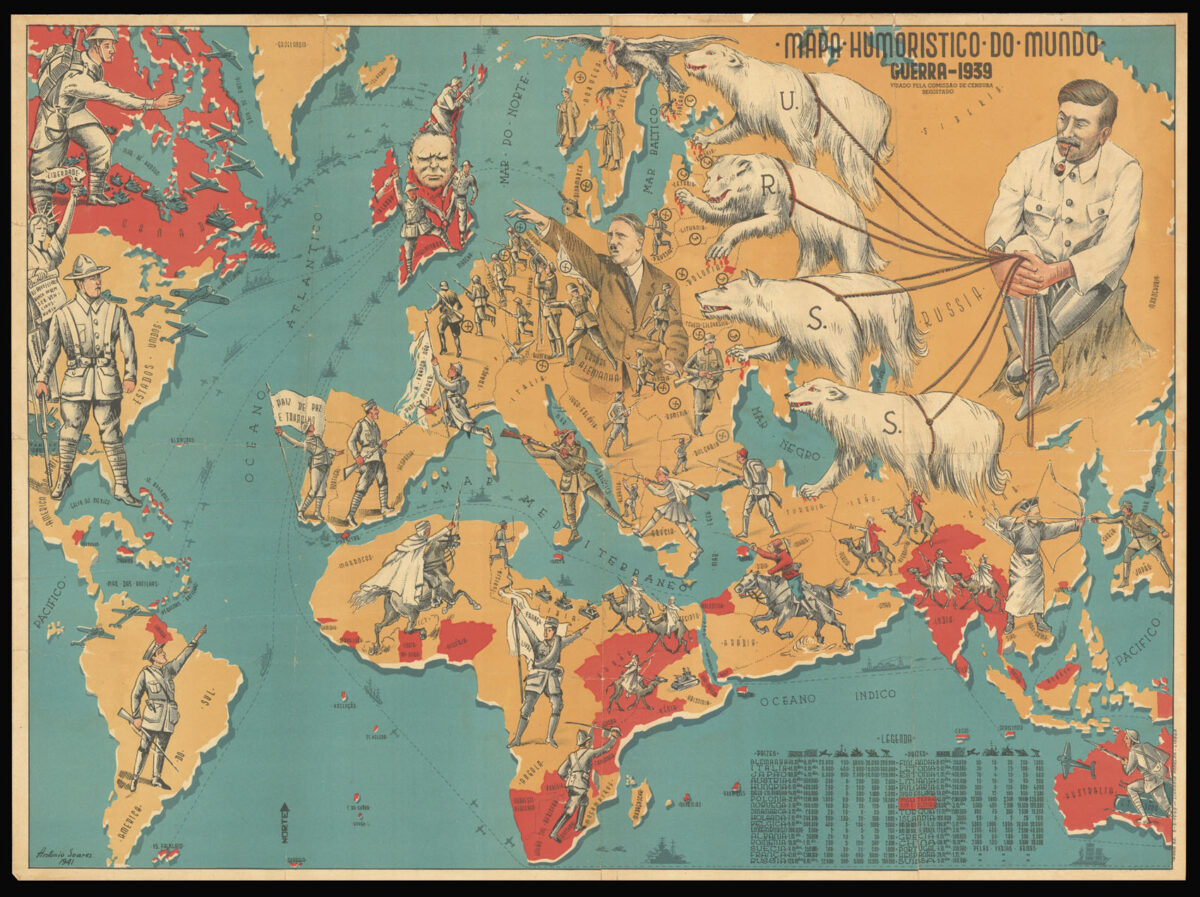 A caricature map showing the beginning of the Second World War. To the left, the personifications of the United States and South America look towards Europe, with a stream of battleships and planes passing between them. Canada points towards their ally, Great Britain, which has Churchill’s face glowering out at the viewer — all the British colonies are coloured in red, with soldiers making their way into the fray. Hitler dominates central Europe, with swastikas and German soldiers showing the Nazi takeover of northern France, Yugoslavia, Czechoslovakia, Scandinavia and Poland. A crumpling soldier in southern France holds a banner with the message ​“France cannot die”. A vulture hovers over Scandinavia. The soldier representing Italy has one foot in Albania: Italy invaded Greece through Albania, although the Greeks were initially able to push them back. China and Japan face each other across the East China Sea: the Second Sino-Japanese war had begun before the Second World War in 1937. Stalin sits in Russia holding the leashes of four white dogs marked ​“USSR”, representing the Soviet states.

Portugal, where the map was made, holds a flag saying ​“A place of peace and work”. Portugal remained neutral throughout the Second World War, preserving their alliance with Britain and trading with both Axis and Allied sides. Their presence was instrumental in preventing the entry of Francoist Spain into the war. At the lower left corner there is a table giving the military strengths of the countries shown on the map.

Antonio Soares (1894–1978) was a Portuguese cartographer and illustrator.

We have not been able to trace any other examples of his work; two other caricature maps by him were offered for sale by Clars Auction Gallery, California, and Altea Gallery, London, in 2016.