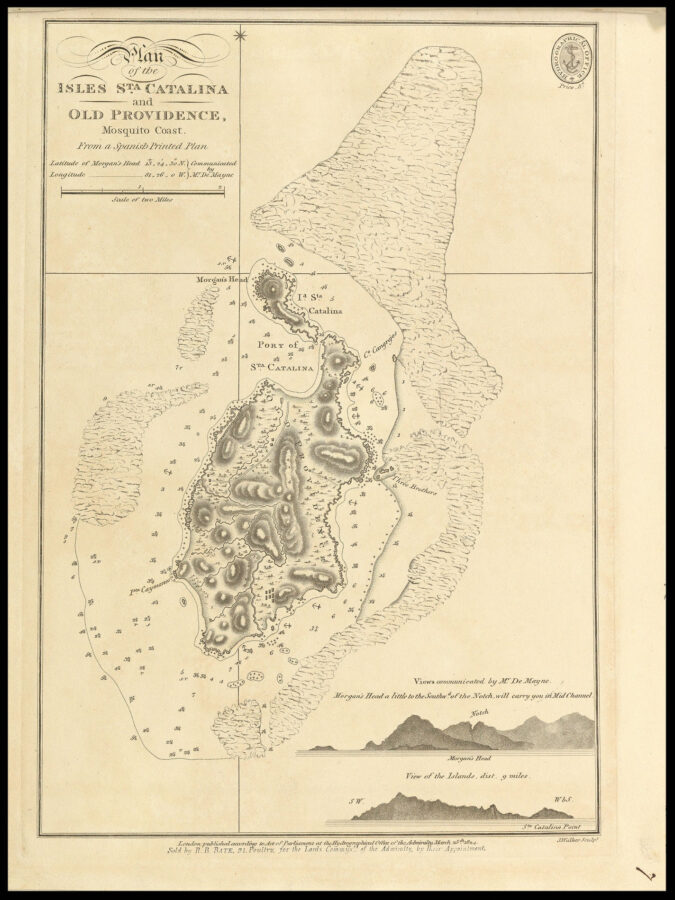 Plan of the Isles St. Catalina and Old Providence, Mosquito Coast. From a Spanish Printed Plan.