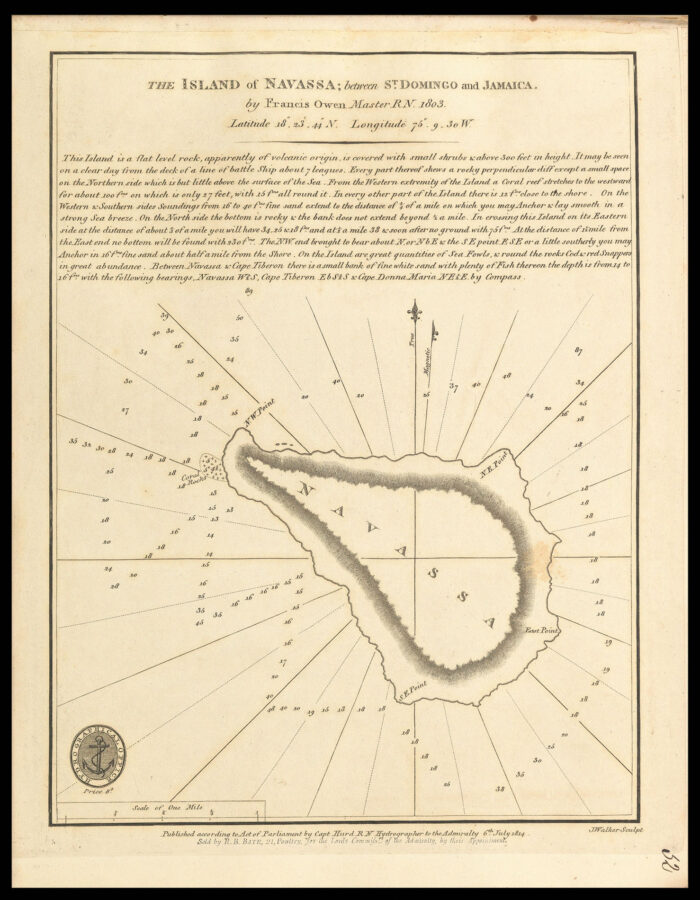 The Island of Navassa; between St. Domingo and Jamaica by Francis Owen Master R.N. 1803.

The survey was carried out by Francis Owen of the Royal Navy.