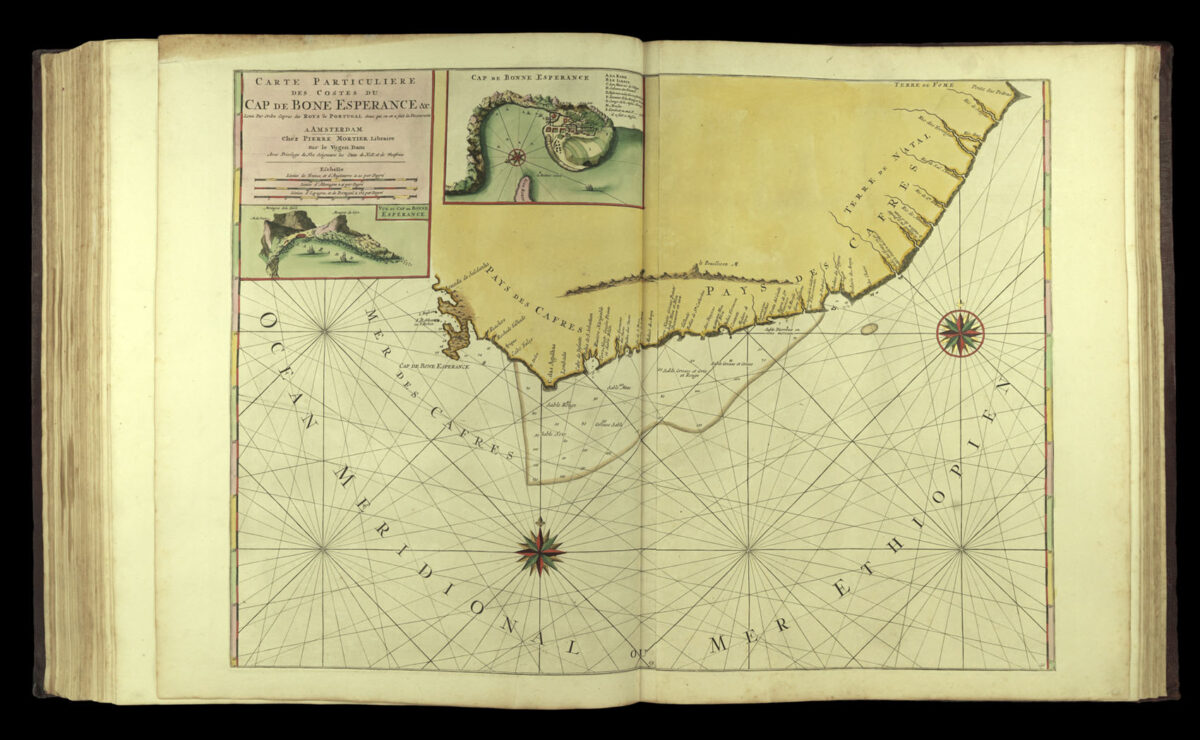 A chart of the Cape of Good Hope in South Africa.

Finally, the ​‘Carte Particuliere de Virginie, Maryland, Pennsilvanie, la Nouvelle Jersey’ included is also worthy of attention. The chart covers Chesapeake Bay and the Delaware River as far as Philadelphia, laid out in 1682 and based upon John Thornton’s chart in the ​‘English Pilot’ (1689). It represents one of the earliest detailed charts of the American coast