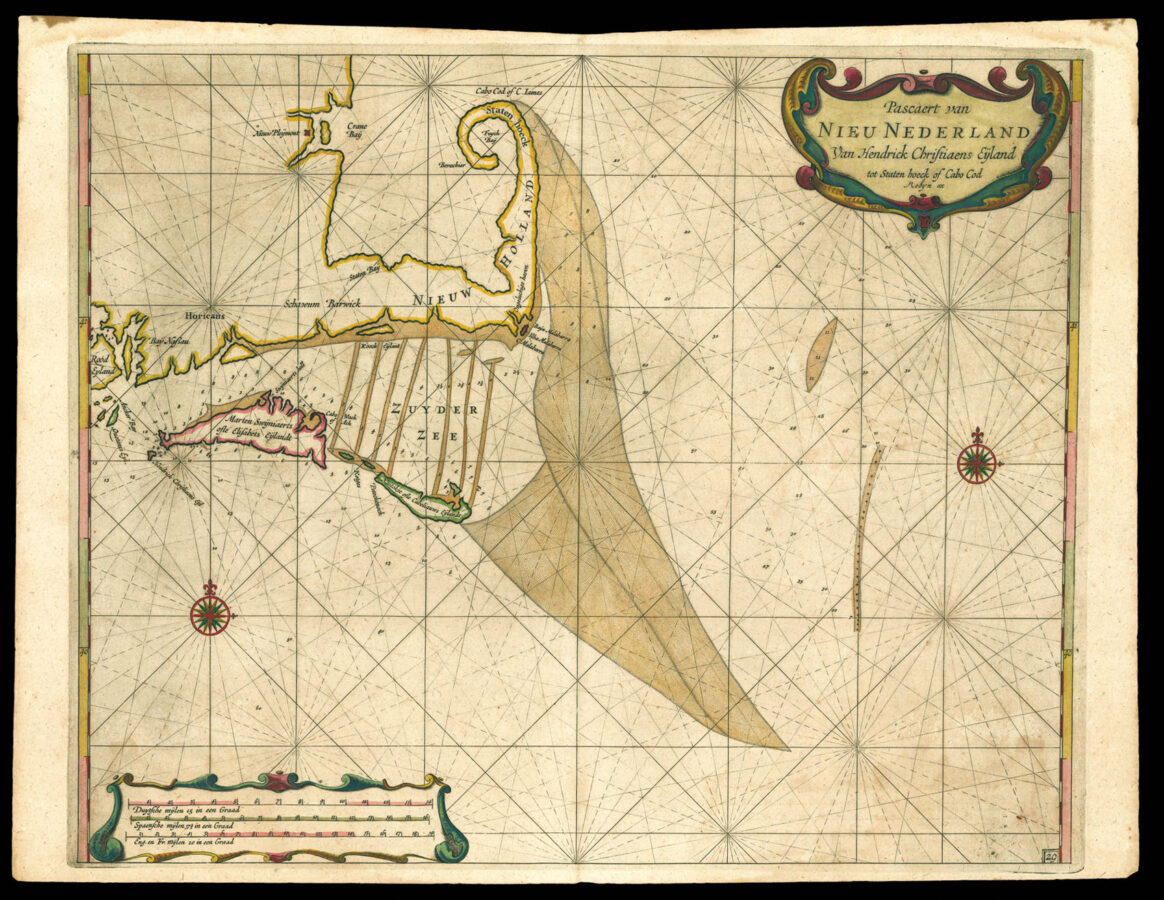 “The first and only Dutch sea chart of Cape Cod and is a legendary rarity on the open market” (Burden) ‑published in Roggeveen’s exceedingly rare sea pilot ​‘Het Brandende Veen’.