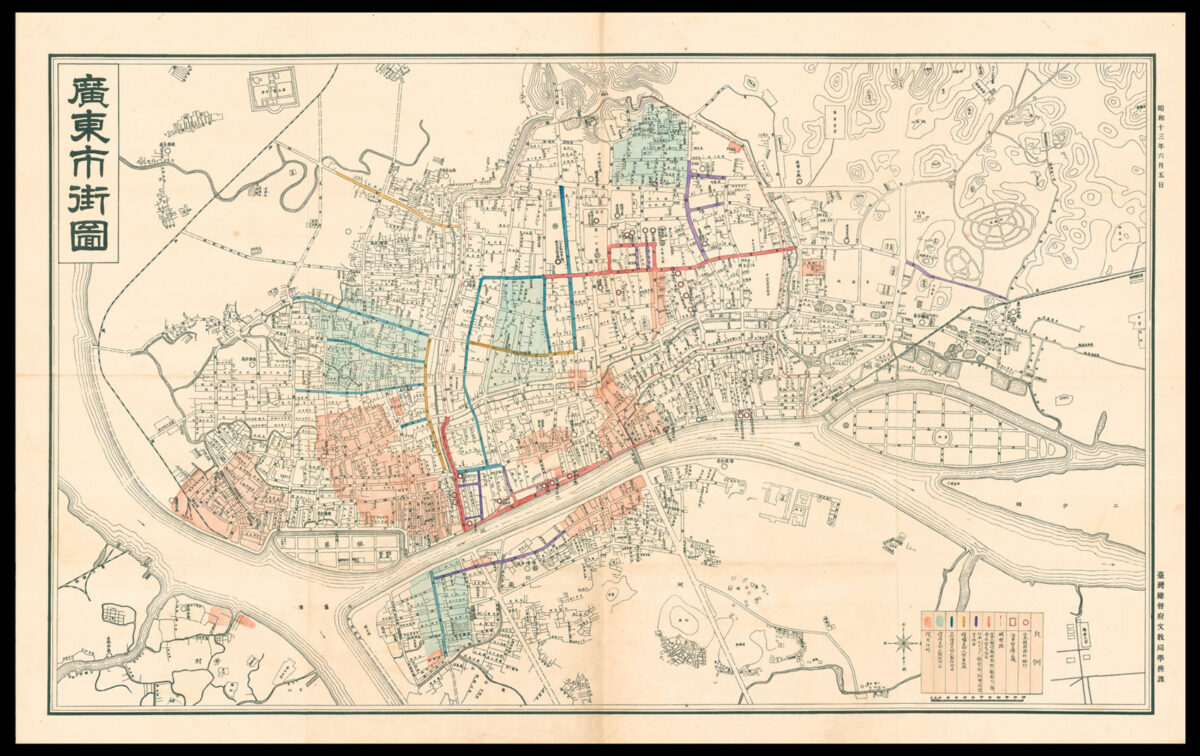 The map was produced during the second Sino-Japanese War (1937–1945), which began as a series of aggressive incidents before escalating into full scale conflict, eventually absorbed into the theatre of the Second World War. China, hampered by a fractured economy and a lack of political cohesion, struggled to repel Japan’s aggressive project of imperial expansion, backed by a strong government and effective industrialisation. Japan seized the city of Canton (now known as Guangzhou) in October 1938 as part of the Canton Operation as an attempt to cut off China’s communications and supplies by blockading the whole province (now Guangdong). The occupation of Guangzhou also provided a base for the isolation of Hong Kong.

This map records the occupation of the Japanese army. The dotted lines denote the wall around the city. The squares and circles are army bases and Japanese government buildings. The pink areas show parts of the city affected by fire, possibly after it was bombed by the Japanese. Also shown are the areas where Chinese women were kept as sex slaves. A division of the notorious Unit 731, which conducted biological experiments on prisoners of war, was based in Guangzhou during the occupation.