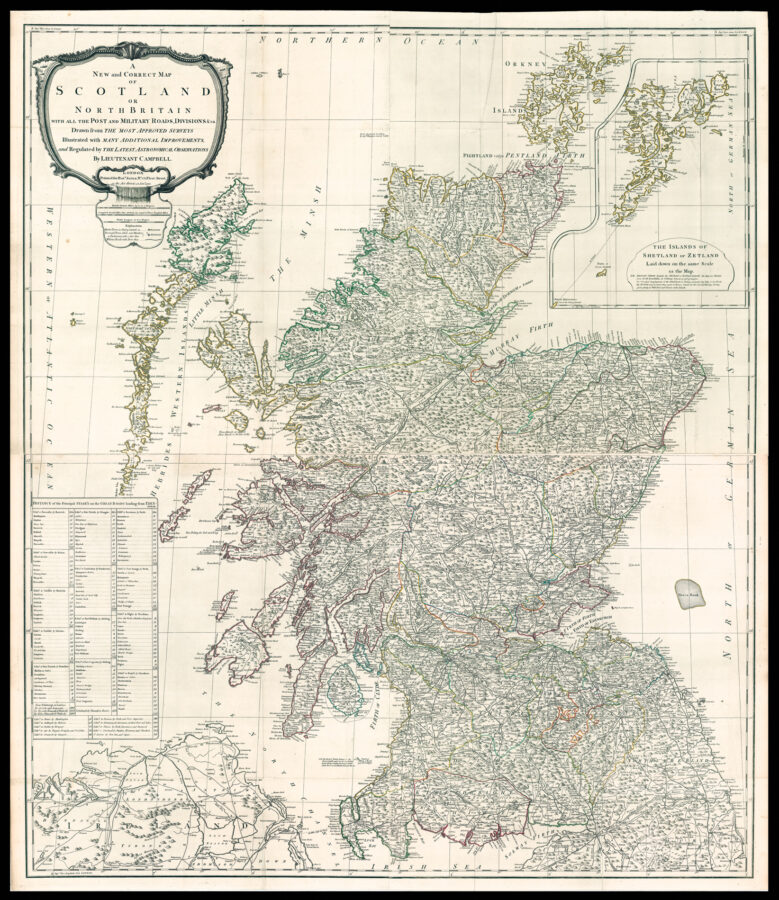 A New and Correct Map of Scotland or North Britain. with all the Post and Military roads, divisions & ca. Drawn from the most approved surveys, Illustrated with many additional improvements, and regulated by the latest astronomical observations by Lieutenant Campbell.

This large map of Scotland is based upon Dorret’s map of 1750. Several additions and amendments have been made including new roads, and military roads, market towns are marked by a sloping capitals, towns that return a member of Parliament are marked with a star. To the lower left is a table denoting the ​‘Distances of the Principal Stages on the Graet Roads Leading from Edinburgh.

Lieutenant Robert Campbell (fl. 1790 — 1825) was an Scottish cartographer and surveyor employed with the British Admiralty, he would go on to produce charts of St. Kilda (1809), African Islands (1811), and Ascension Island (1825). The map was published in Thomas Kitchen’s ​‘A General Atlas, describing the whole universe…’, in 1790.

Scale: 14 statute miles to one inch.