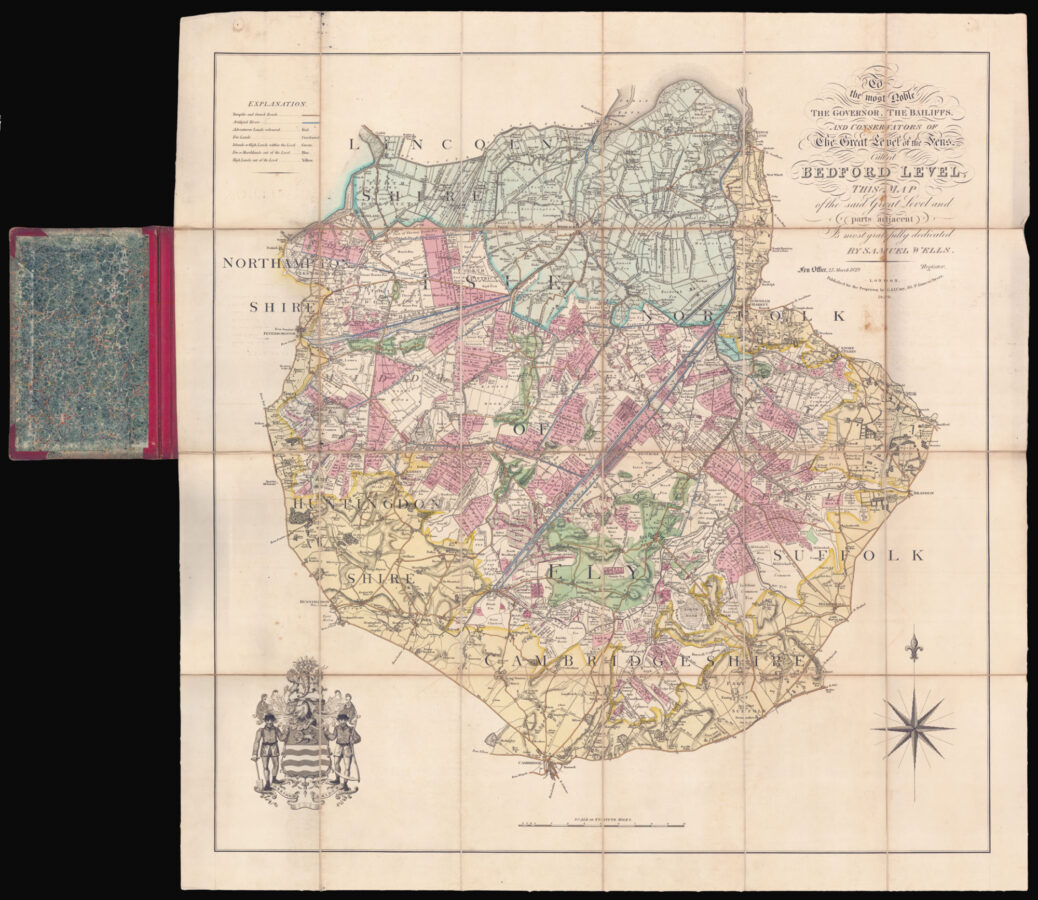 Bedford Level To the governor, the bailiffs and conservators of the great level of the Fens, called Bedford Level, this map of the said great level and parts adjacent is most gratefully dedicated by Samuel Wells, Register. Fen Office. 27th March 1829.

A map of the Bedford Level, also known as the Great Level, was the area drained in the Fens in Cambridgeshire following the formation of a consortium by Francis Russell, 4th Earl Bedford. The arms of the Company are at the lower left corner, with the motto ​“Arridet Aridum”, or ​“Dryness pleases”. The work was originally overseen by Sir Cornelius Vermuyden, a Dutchman who had already managed the drainage of the Royal Park at Windsor. The Old Bedford River and the New Bedford River were cut to join the River Great Ouse to the sea. The project was ultimately ineffective, and was restarted in the 1820s with steam pumps replacing the wind pumps used previously.

The present map was drawn by Samuel Wells, register (or registrar) with the Bedford Level Company, who published an official history of the organisation in 1830. The map provides a wealth of information and shows turnpike and gravel roads, artificial rivers, Adventurers lands (coloured red) i.e. the principal investors in the project — what would now be known as venture capitalists; Free lands (uncoloured); islands and highlands within the Level (green); fen and marshland without the Level (blue); and highlands out the Level (yellow).

The map bears the manuscript ownership inscription of Richard van Heythuysen, a successful solicitor and lived in Bedford Row in Bloomsbury — John Russell, 6th Duke of Bedford was his landlord and his elder brother, the 5th Duke, had developed much of central Bloomsbury. The 5th Duke was best known for his own ​‘Bedford Level’ — a short unpowdered hairstyle he adopted in protest when the government levied a tax on the powder used by fashionable men to whiten their long hair. Richard van Heythuysen was also a governor of and solicitor to the Foundling Hospital, of which the 4th Duke of Bedford was founding patron: his daughter Emma married the chaplain of the Hospital, George Preston. His uncle, Frederick van Heythuysen (1782–1828) wrote works on marine law and equity, and dealt with cases related to the Bedford Level.

It is possible, given that the van Heythuysen family were members of the Dutch Church in London, that they knew descendants of Sir Cornelius Vermuyden. Vermuyden’s family settled in England — his son, also named Cornelius, was an original fellow of the Royal Society. 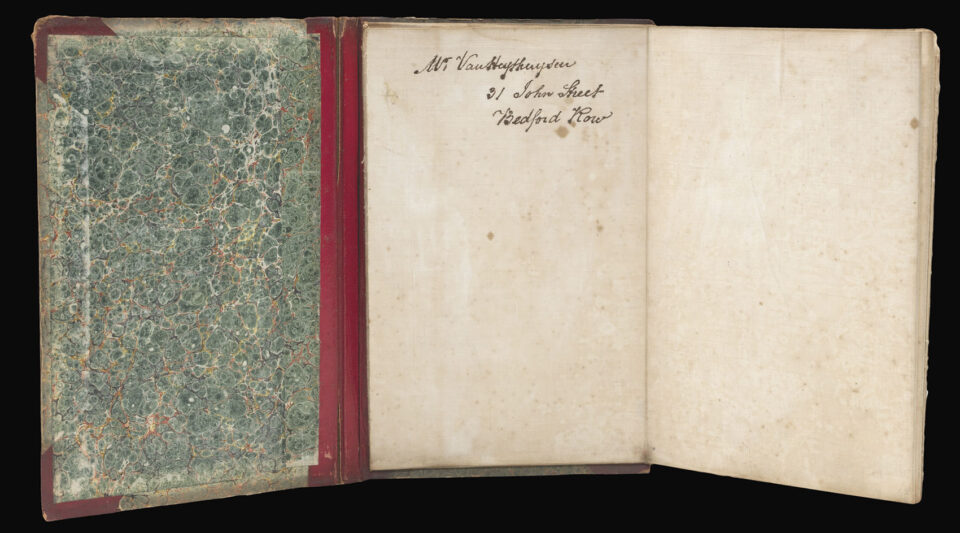 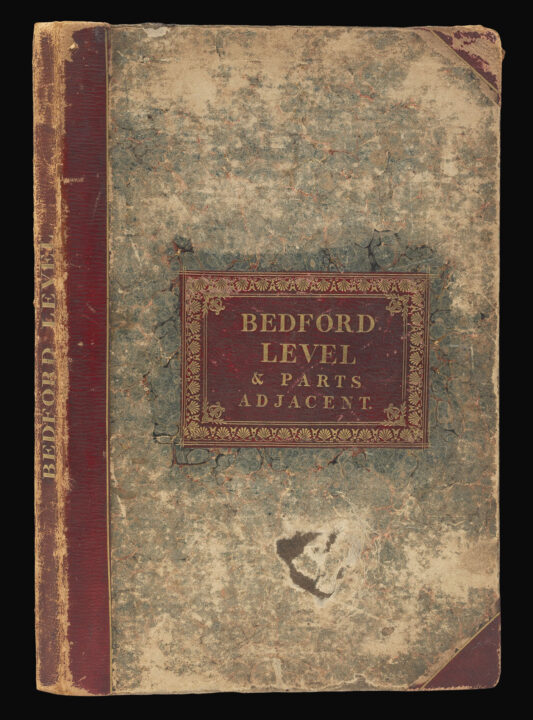