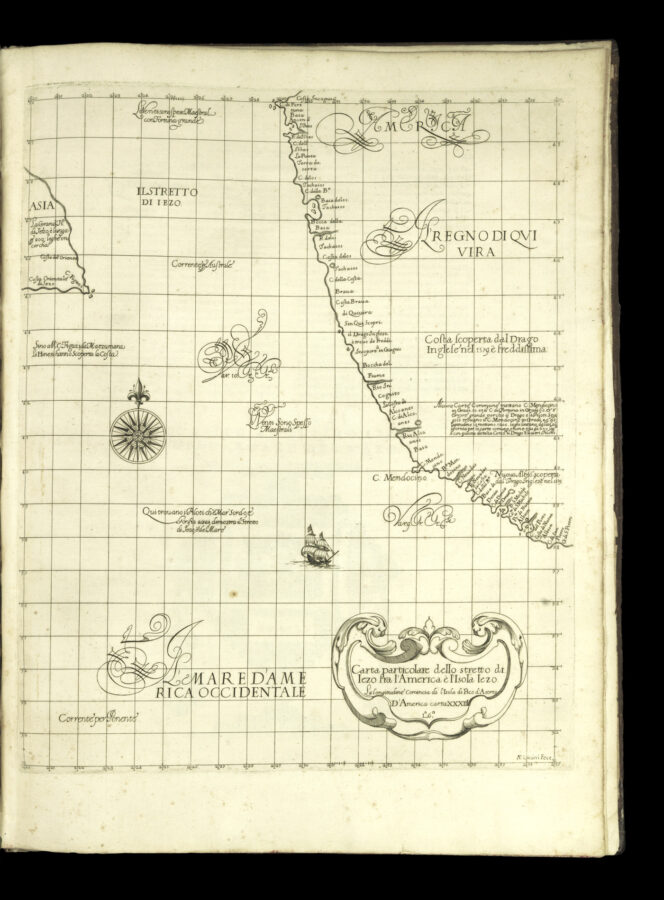 Map showing the coasts of California, Oregon and Washington on the east coast of the United States.