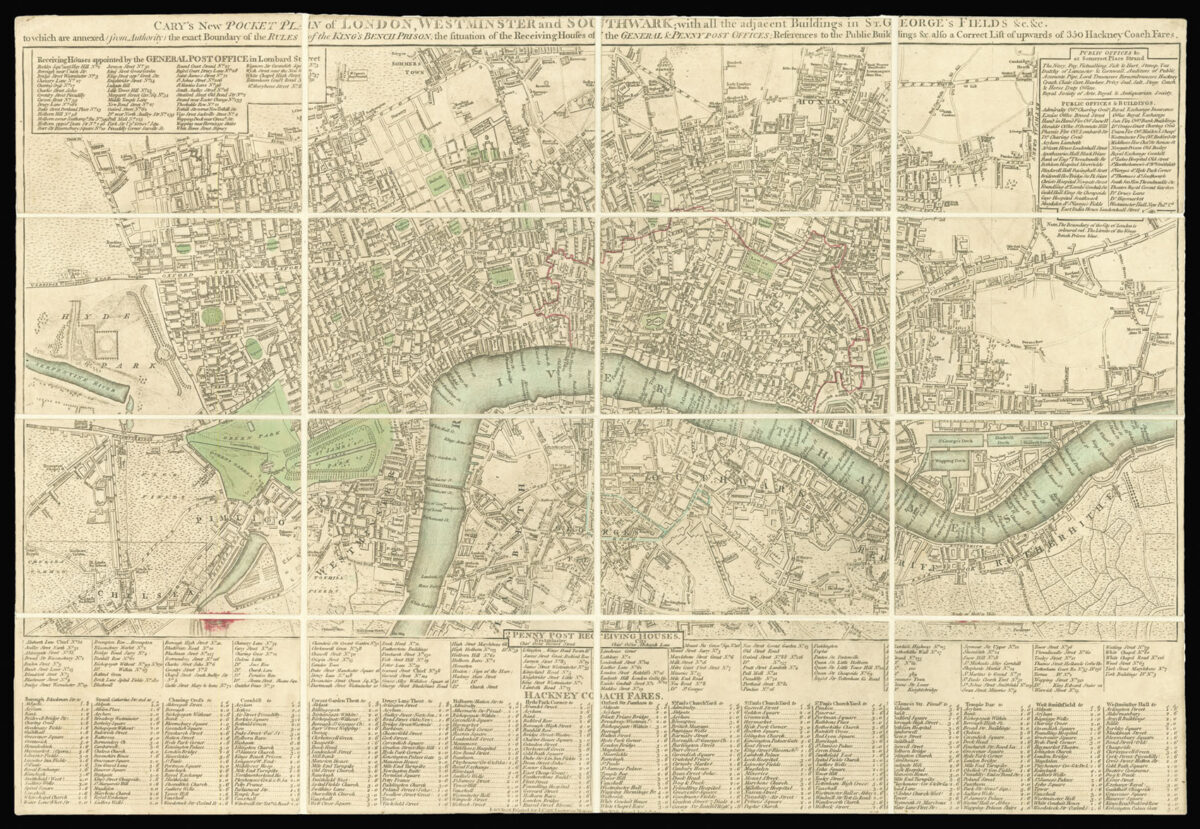 Cary’s New Pocket Plan of London Westminster, and Southwark; with all the adjacent Buildings in St. George’s Fields &c. &c. to which is annexed (from Authourity) the exact Boundary of the Rules of the King’s Bench Prison; the situation of the Receiving Houses of the General Penny Post Offices: References to the Buildings &c. also a Correct List of upwards of 350 Hackney Coach Fares.

The map extends north to south from Kentish Town to Camberwell, and from west to east from Hyde Park to the West India Docks. The city of London is outlined in red.