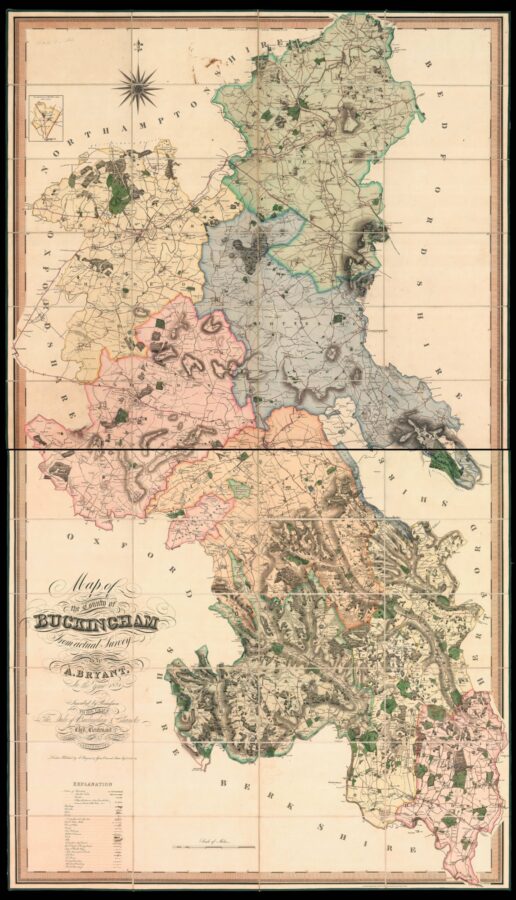 Map of the County of Buckingham from an Actual Survey by A. Bryant in the year 1824.

Bryant’s large-scale map of Buckinghamshire, dedicated to Richard Temple-Nugent-Brydges-Chandos-Grenville, 1st Duke of Buckingham and Chandos, who gained his remarkable surname after marrying Lady Anne Brydges, daughter and sole heir of the 3rd Duke of Chandos, adding a further two names to his original three.